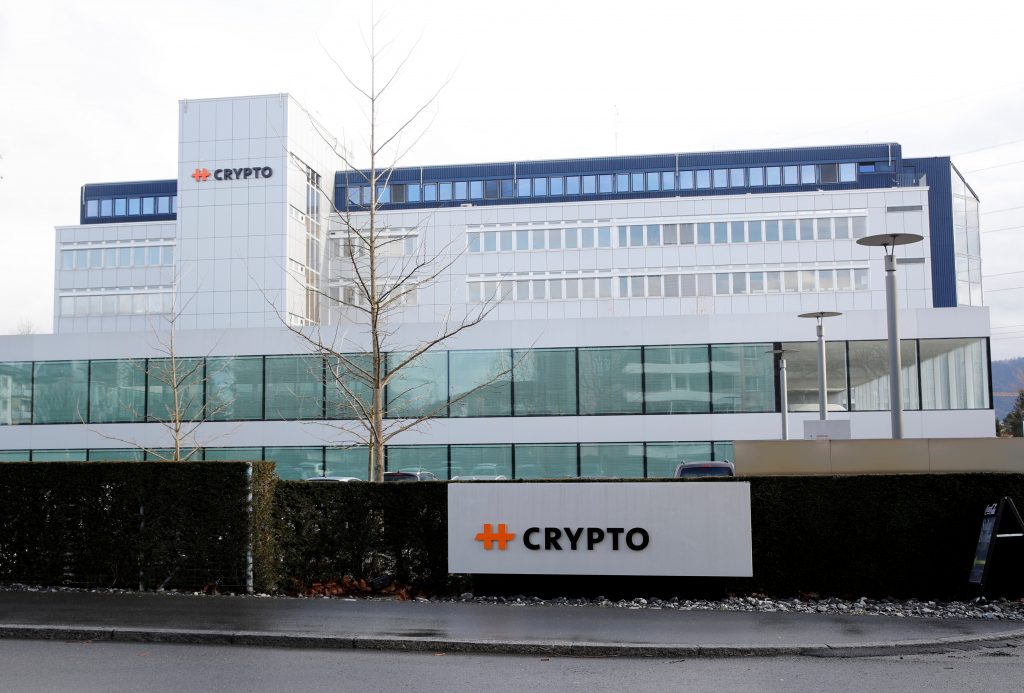 Swiss authorities said Tuesday they have opened an investigation into allegations a Zug, Switzerland-based maker of encryption devices was a front operated by the CIA and West German intelligence that enabled them to break the codes of the countries that used their products.

A joint investigation published Tuesday by Germany’s ZDF public broadcaster and The Washington Post, based on documents from the CIA and Germany’s BND foreign intelligence agency, revealed that Crypto AG made millions of dollars for the two agencies, while providing them with access to the encrypted communications of more than 120 countries for decades.

The main adversaries of the U.S. in the Cold War, the Soviet Union and China, were never Crypto customers, but other clients included Iran, India and Pakistan, military juntas in Latin America and the Vatican, the two outlets reported.

Among other things, ZDF and the Post reported the spy agencies controlled nearly every aspect of the company’s operations from 1970 on. That allowed them to monitor Iran’s mullahs during the 1979 hostage crisis, fed Britain intelligence about Argentina’s military during the Falklands War, and caught Libyan officials congratulating themselves on the 1986 bombing of a Berlin club, which was frequented by American servicemen.

Swiss Defense Ministry spokeswoman, Carolina Bohren, told The Associated Press that “following research carried out by the media,” her office had notified the Cabinet about the Crypto case on November 5, 2019. On Jan. 15, the decision was made to appoint a former supreme court judge to look into the reports and report back by the end of June.

“The events under discussion date back to 1945 and are difficult to reconstruct and interpret in the present-day context,” she said.

Erich Schmidt-Eenboom, a German intelligence expert who helped analyze the documents, told the AP that the involvement of western spy agencies in Crypto had long been alleged. In 1992, a Crypto representative was arrested in Iran and spent months in prison before being released after the BND allegedly paid a $1 million dollar ransom.

The incident was one of the reasons why the German spy agency left the politically sensitive operation in 1993, he said.

Konstantin von Notz, a lawmaker with Germany’s Greens party ,who sits on the parliamentary committee that oversees the BND, told ZDF that he has asked for answers to questions raised by the report about the operation.

Crypto, whose products are still in use in more than a dozen countries, was liquidated in 2018. The two companies that purchased most of its assets say they have no ongoing connection to any intelligence services.

While the BND used the proceeds generated from the sale of cryptography devices to fund field operations, the CIA used the money to buy up rival companies and establish a quasi-monopoly for Crypto, Schmidt-Eenboom said.

Schmidt-Eenboom cast doubt on the notion that the Swiss government wasn’t aware of Crypto’s true nature.

“That’s not credible,” he said. “They shut both eyes.”

He added that Crypto remained part of the U.S. intelligence operation until 2018, when the company was sold.

Similar U.S. operations involving manipulated communications equipment were detailed by Edward Snowden, a former American intelligence employee once based in Geneva who leaked a large trove of intelligence documents in 2013.