Israel PM in Maaleh Adumim: Without Yehudah and Shomron, Our Existence Is in Danger
Israel 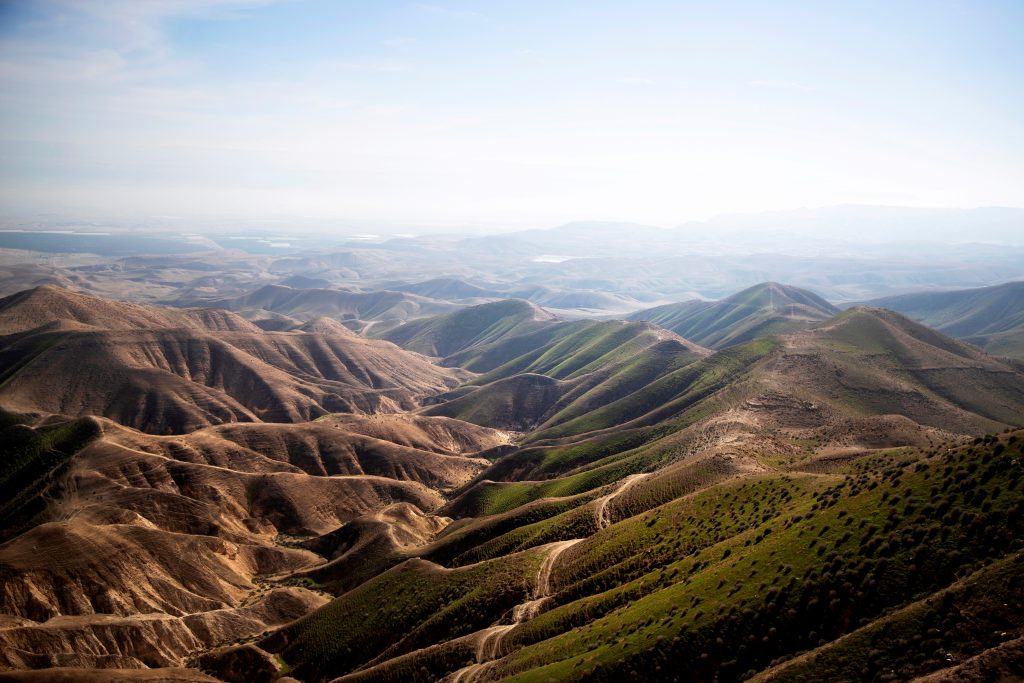 Israel has begun to draw up maps of land in Yehudah and Shomron that will be annexed in accordance with President Donald Trump’s proposed peace plan, Prime Minister Binyamin Netanyahu said on Motzoei Shabbos.

“We are already at the height of the process of mapping the area that, according to the Trump plan, will become part of the state of Israel. It won’t take too long,” Netanyahu said at an election campaign rally in Maaleh Adumim.

Netanyahu said the area would include all Israeli communities in Yehudah and Shomron and the Jordan Valley.

Prospects for annexations, which have already been widely condemned, are unclear, especially in the lead up to the elections next month.

At the rally, Netanyahu said that “without Yehudah and Shomron, our existence is in danger.

“After the great euphoria of the Six-Day War, a dangerous perspective became entrenched in the left. According to this perspective, instead of fighting for sovereignty in Yehudah and Shomron, we need to give them up. The left claimed that if Israel ceded these lands to our enemies, they will do us a favor and make peace with our existence. They claimed it would be ‘land for peace’ yet we received ‘land for terror’ – bombs on buses, in restaurants and in hotels. The wave of weakness reached a magnitude such that former Prime Minister Ehud Olmert was willing to give the Kosel to the Palestinians. That same Olmert, friend and close adviser of Blue and White leader Benny Gantz, is planning to go soon to New York together with Palestinian Authority Chairman Mahmoud Abbas so that they can work together against President Trump’s ‘deal of the century.’

“And what did Gantz say about this? ‘He can do what he wants.’ Is that how a leader responds? It’s unbelievable. That’s not how a leader acts. I say to Benny Gantz: Disconnect yourself from Olmert, condemn him. Why are you hesitant? Say it loud and clear. A leader does not speak like this. This is how you speak when you cannot form a coalition without Joint Arab List Chairman Ahmed Tibi.”

Netanyahu then related a story he had never yet told. “After the funeral of former President Shimon Peres, a senior U.S. figure sent me a message: ‘If you want a great funeral, you need to start giving in.’ I replied: ‘I’m not worried about my own funeral, I’m worried about preventing the funeral of my country.’

“I succeeded in standing up to all of the enormous pressure over the years because I have the ability to speak before tens of millions in the American public. For many years, I’ve been speaking with them in their language, and they believe me and believe in me. Therefore, I can have an influence for the good of Israel. The strongest influence in the U.S. is public opinion, and anyone who cannot influence public opinion there will end up giving in to pressure.”

Regarding the peace plan, Netanyahu said: “Last week we reached the climax: The release of the deal of the century. It includes a historic revolution. Until now, all the diplomatic plans required Israel to agree to make real concessions. They called it ‘gestures.’ The Palestinians were not required to give anything in return. This time, the exact opposite has happened: Israel is receiving real things, and the Palestinians are required to fulfill a list of demands. Whether or not they fulfill those requirements, Israel will receive U.S. backing to apply Israeli sovereignty in the Jordan Valley and Dead Sea areas and over all of the Jewish communities in Yehudah and Shomron.

“We’re in the midst of mapping the area that according to the Trump plan will be part of the State of Israel. It’s a lot of land. We will lead this, and President Trump will agree to it. I trust him completely, and I trust myself completely. But I don’t trust Benny Gantz. If it were up to Gantz – this would not be happening.

Right after Trump presented the plan on Jan. 28, Netanyahu said his government would begin extending Israeli sovereignty to communities in Yehudah and Shomron and the Jordan Valley within days.

But Washington then appeared to put the breaks on that and Netanyahu has since faced pressure from rightwing leaders to annex territory despite any U.S. objections.