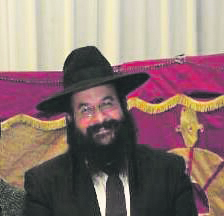 The High Court has given the IDF the green light to demolish the home of terrorist Ahmad Jarar – the murderer of Rabbi Raziel Shevach, Hy”d – for the second time. The home was first demolished two years ago, but was since rebuilt. An order was handed down in December for the new demolition, and was challenged by attorneys for the family.

On Wednesday, the court threw out the family’s arguments, saying in its decision that the army was within its rights to demolish the home.

Jarar murdered Rabbi Shevach in January 2018 in drive-by shooting near Chavat Gilad in central Shomron. Jarar, a resident of Jenin, ran away, and was found several weeks later holed up in a dilapidated structure in the village of Yamoun in northern Shomron. He was eliminated by IDF soldiers. Before that, the IDF raided his family’s house as it searched for him, essentially demolishing it. However, the house was not demolished as part of a court order – and as a result, the family home was rebuilt, without interference from the IDF.

The Betzalmo organization, which advocates on behalf of terror victims, said in a statement that “we welcome the court order for demolition and call on the Defense Minister to order an immediate demolition of the home. Demolition of terrorists’ houses is an essential factor in fighting terrorists. We remind the Minister that there are numerous other cases of terrorists’ houses that are still standing, despite court orders, and we call on him to demolish them immediately.”