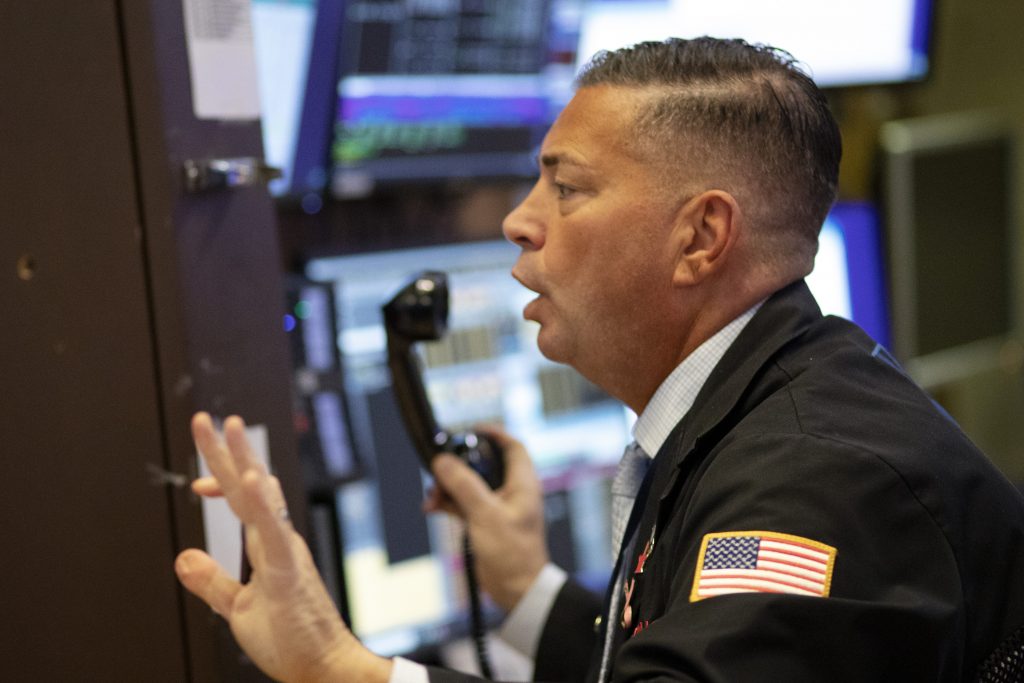 Investors snapped up tech stocks, which are often sensitive to China’s economic health because of ties to supply chains and sales. Apple rose 3.5% and chipmaker Nvidia climbed 2.9%.

Markets in Europe and Asia rose. The Shanghai Composite closed 1.3% higher and regained some ground but is still far from erasing an 8% plunge a day earlier.

BONDS: Bond prices fell, pushing yields sharply higher. The yield on the 10-year Treasury jumped to 1.60% from 1.52% late Monday. Perhaps more importantly, the 10-year yield also jumped above the three-month Treasury yield of 1.56%. The leapfrog move silenced a recession warning that had been ringing in the bond market, at least for now.

Yields for short-term Treasurys are rarely higher than for longer-term Treasurys, and when it does happen, a rule of thumb says a recession may be on the way in about a year or so. This recession warning signal, which has a fairly accurate but not perfect history, had begun flashing in recent days on worries about the virus for the first time since October.

CHINA MEASURES: China’s central bank is putting $57 billion in funds into its markets. The measure is on top of an advance announcement from Monday that the government would put $173 billion into the markets as they reopened from an extended break because of the virus.

The world’s second-largest economy is in a lockdown that is threatening economic growth there and globally. More companies, including Sony, are warning investors of a potential hit to revenue and profit because of the virus.

SEARCH ERROR: Alphabet, the parent of internet search giant Google, fell 3.4% after reporting weak revenue growth for its fourth quarter. The company’s revenue surged 18%, but still fell short of Wall Street’s expectations. It is the second rocky quarter in a row, following a third quarter that brought a profit shortfall due to higher spending.

EARNINGS AHEAD: Investors will get a clearer picture of the auto industry’s health later Tuesday when Ford Motor reports its earnings. Entertainment powerhouse Disney will also report earnings after the markets close, its first quarterly report since launching a streaming video service to challenge Netflix.

General Motors and pharmaceutical giant Merck will release their financial results on Wednesday.