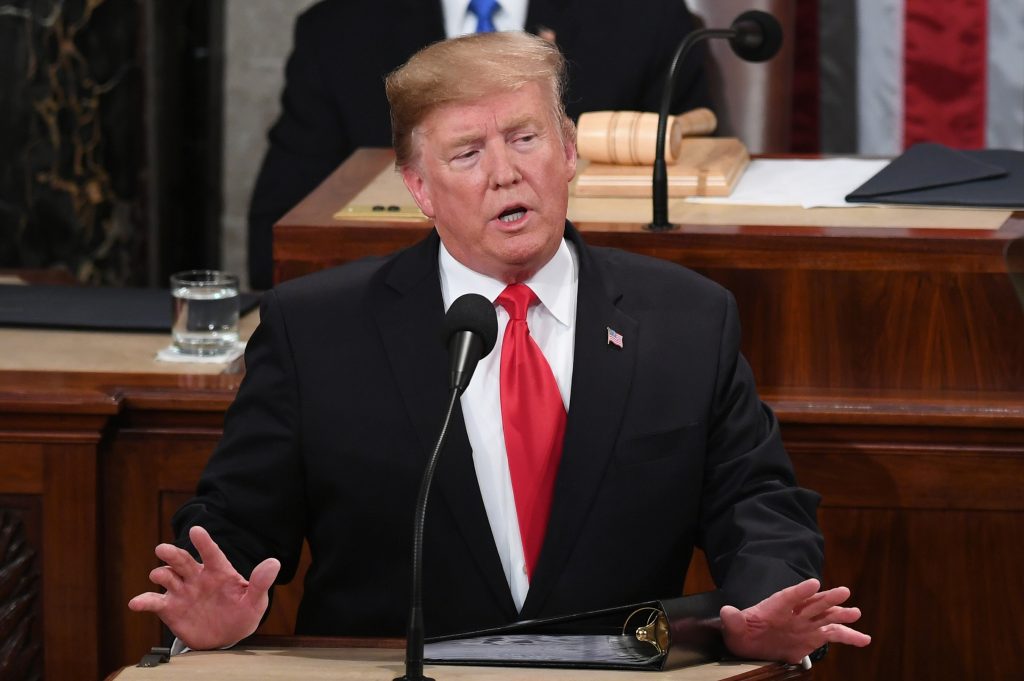 President Donald Trump plans to use his State of the Union address on Tuesday to pitch a tax break to support private and religious school scholarships, a pet issue for social conservatives that went nowhere last year.

The $5 billion proposal, included in President Trump’s budget last year, received the briefest of mentions in the 2019 address to Congress. This time it will be more prominently featured, a White House official said Saturday. The official spoke on the condition of anonymity because details of the speech are not yet public.

Education Secretary Betsy DeVos, an enthusiastic backer of school choice initiatives, has spent much of the last year touting the plan. On Tuesday, she joined Vice President Mike Pence in Wisconsin, where he promised to help enact it into law.

“The decision about where our kids should go to school should not be up to bureaucrats, or a student’s zip code, or their family’s income,” Pence said. “Parents should decide where their kids go to school.”

The administration calls its plan Education Freedom Scholarships. The proposal would create a 100 percent tax credit for individual and corporate contributions to state-sanctioned scholarship funds, meaning donors could get back their entire donation through a reduction of their federal taxes.

The donated funds would then be available to help families pay for private education and other expenses, with rules set by each state.

The maximum credit would be set at 10 percent of an individual’s adjusted gross income or 5 percent of a business’s net taxable income, so supporters could essentially divert a significant share of their federal taxes to these programs.

The proposal has faced some pushback from conservatives wary of an increased federal role in education. But the main opposition has been from Democrats, who control the House. They see the idea as a rebranding of controversial school voucher programs and argue available tax dollars should be used to support public schools.

While the proposal is all but dead on Capitol Hill, it could be a rallying point politically as Trump seeks re-election. School choice is popular among social conservatives, who want the power to use tax dollars for religious and other private schools. Supporters argue it also will resonate among middle class voters who cannot afford to pay for private school on their own.

“Given that Democratic candidates are so strongly in the union camp, (Trump) is going to make this a big contrast,” predicted Jeanne Allen, chief executive of the Center for Education Reform, which supports school choice programs.

Allen and other school choice advocates were disappointed Trump did not push this idea during his first two years in office, when Republicans controlled both houses of Congress. Last year, the idea was included in the Trump budget proposal, although the president’s State of the Union speech included only a passing and cryptic reference to it.

“To help support working parents, the time has come to pass School Choice for Americans’ children,” he said. The words “School Choice” were capitalized in the White House transcript, an apparent indication the administration wanted to promote a specific program rather than a general notion.

The plan for Trump to speak about the issue in more depth this year was first reported by USA Today. He also plans to include a guest in the audience who would benefit from the school choice program, the White House official said.

In a briefing for reporters on Friday, a senior administration official said the State of the Union speech will focus on the economy, supporting working families, health care, immigration and national security.