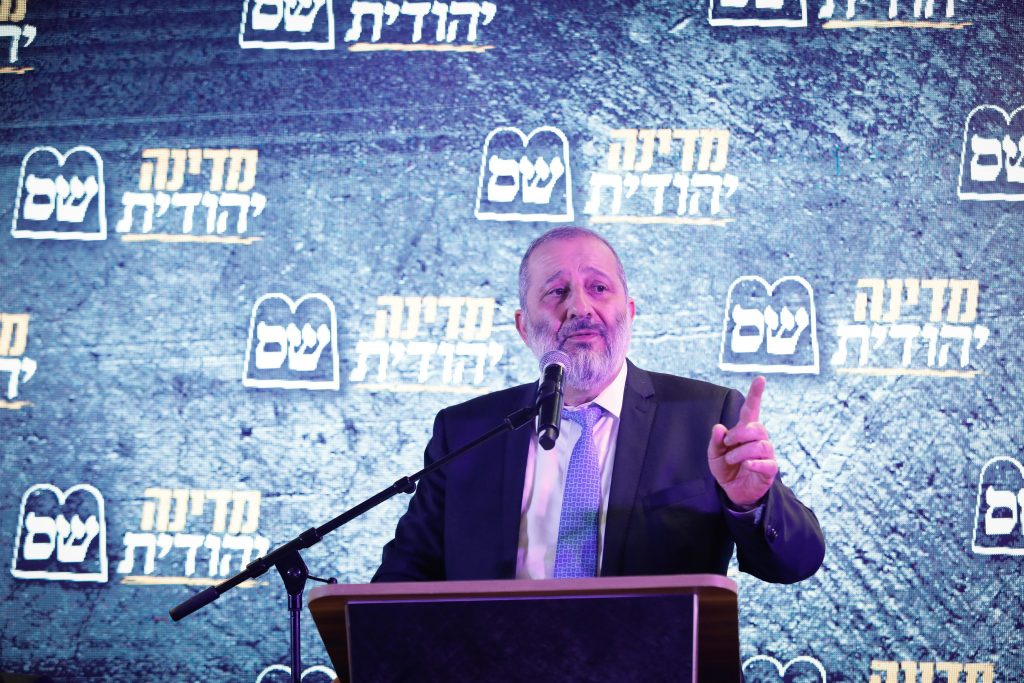 Shas leader Rabbi Aryeh Deri has accused Yisrael Beytenu party chairman Avidgor Liberman of colluding with the Blue and White party and the Joint Arab List to form a coalition after the March 2 elections.

Rabbi Deri launched his party’s campaign with a dramatic disclosure, explaining Liberman’s recent claim that he had certain knowledge that there would be no fourth election after March:

“So now Liberman is telling the truth this time. There is a clear agreement between him and Lapid, Gantz, Meretz, [Ahmed] Tibi and others to form a government right after the election.”

“That’s a fact that they have an agreement. I’m saying this with full awareness, and taking responsibility [for the comments]. This time, Liberman is saying the truth. That means that this time, the danger is real,” said the Shas leader.

He went on to say that in the past he was prepared to lead his party into a unity government, but that now the country faces the danger of a “left-wing, religion-hating government being formed which relies on the Joint Arab List.”

Rabbi Deri, the Shas chairman, went on to blame Liberman for the ongoing political stalemate, which has forced Israel into its third election in less than a year.

He also reminded the gathering that “There is only one person to blame for the situation the country is in, and that’s Avigdor Liberman.

“All of the responsibility for the situation starts and ends with him. Today, we can see who torpedoed the formation of a unity government – and it’s Liberman.”