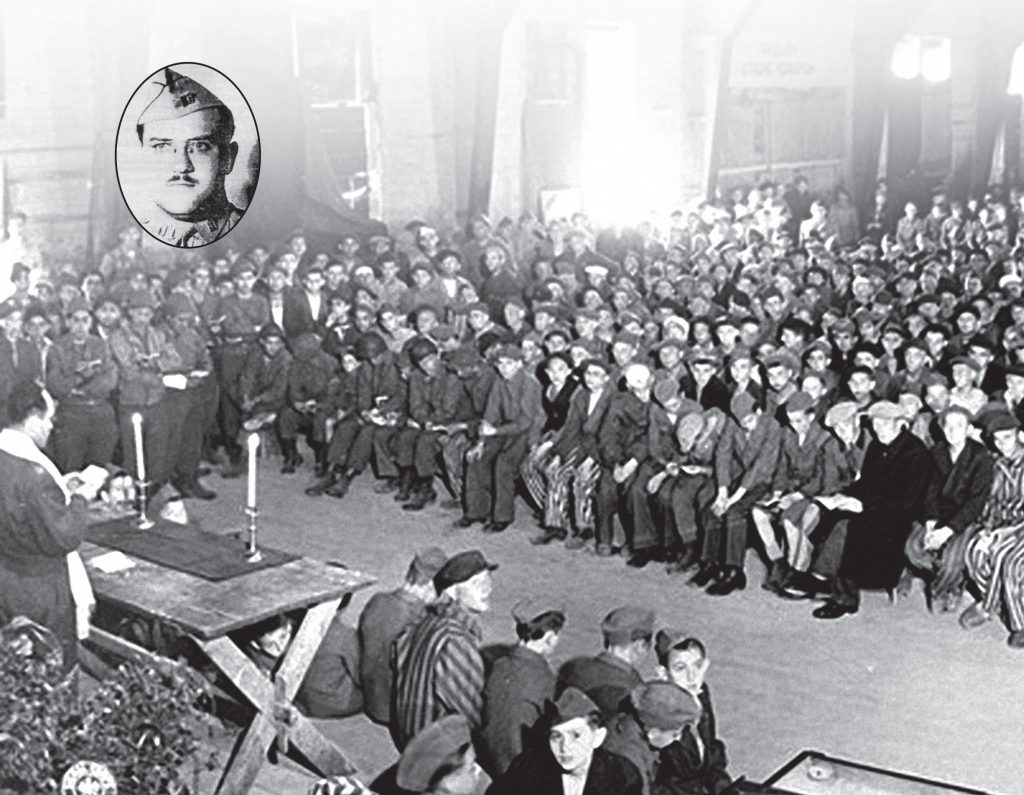 Monday, January 27, marked 75 years since the liberation of Auschwitz. This date has become a symbol and a day of remembrance for governments representing much of Western civilization. As recounted in these pages, world leaders gathered last week in Yad Vashem in Yerushalayim and moving commemorations took place at the site of the infamous death camp.

These gatherings, and especially some of the statements made in the speeches by world leaders, are a positive and very noteworthy step.

At the same time, let us bear in mind that only a tiny minority of those who arrived in Auschwitz were actually freed that day. The overwhelming majority of inmates were brutally murdered by the Nazis. Of those who miraculously survived, most had been sent to other concentration camps under German occupation before the Soviet soldiers arrived. Thousands died in death marches on the way, and the others were freed in the winter of 1944-45.

The Soviets arrived in Warsaw in their counterattack on Poland at the summer of 1944. They stationed themselves on the eastern bank of the Vistula (Visla in Yiddish) and waited for the Poles and the Germans to destroy each other.

They entered destroyed Warsaw on Jan. 18, 1945, where very few Jews — including my mother, Mrs. Dvora Levin, a”h — were liberated.

The Americans and their allies liberated Buchenwald and Dachau in April. Theresienstadt and Mauthasen were liberated in the beginning of May, a few months after Auschwitz.

But death and heartbreak did not cease.

In some cases, after years of starvation and torture, freed inmates died horrific deaths because their emaciated bodies could not tolerate the food they were given by the liberating armies. Thousands of others passed away from typhus and other diseases they had contracted in the camps.

In the weeks and the months after liberation, when survivors started picking up the pieces of their lives, they desperately looked for family members, for spouses, for parents, brothers and sisters. In many cases, they discovered the worst: They were the sole survivors of their families.

Let’s remember that one needed to survive not only b’guf but also b’nefesh.

Some went back to their hometowns. In place of sympathy and support, they were welcomed with cold cruelty by their former neighbors, and the common greeting was, “Hitler didn’t finish you all off?” (It is important to note that this happened mainly in Poland, but also in Lithuania, France and Holland, to name but a few.)

After all they endured, these shattered and homeless survivors could have surrendered, going on to live listless and meaningless lives, going through the motions but not really living. Indeed, some survivors did succumb to this fate, and we have no right to judge them.

But no. Our ancestors demonstrated incredible emunah peshutah and awe-inspiring strength. They went on to rebuild not only their own lives and families but also the future of Klal Yisrael in the Americas, in Europe and in Eretz Yisrael. And they did this in keeping with the mesorah from their youth that they held on to steadfastly, often with mesirus nefesh, especially during and right after the war.

We owe those survivors boundless gratitude. Only today can we begin to understand that if not for this generation, who built the communal infrastructure with their bare hands and empty pockets, there would not be the miraculous flourishing of yeshivos, chadarim and Bais Yaakov schools, mosdos of tzedakah and chessed that seem so natural to us.

Hitler sought to destroy the Jewish body and soul. His diabolic plans were efficient and comprehensive. But he did not succeed. The ud mutzal m’eish, the ember saved from the fire, succeeded, against all odds, in reestablishing the full gamut of Jewish communal life he aimed to obliterate.

Today’s generation, all the children, grandchildren and great-grandchildren who are named after martyred ancestors, who dress as their grandparents did, who speak the same way their grandparents spoke, who are fighting for the same way of life their ancestors cherished, who still travel to great yeshivos and Chassidic courts, are the strong links in this unbroken chain. They are the eternal proof of the unexpected outcome of this most horrifying battle and who, ultimately, triumphed in survival.

This is our special formula of revenge.