Israel Knesset Votes on Immunity With Netanyahu in Washington
Israel 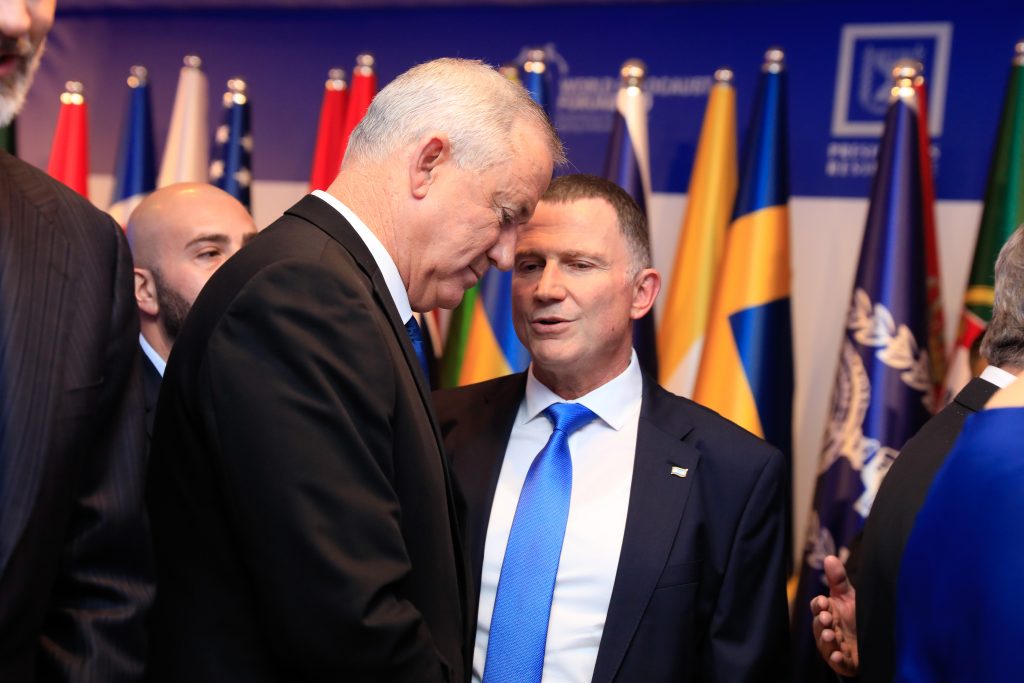 While Israeli Prime Minister Binyamin Netanyahu‏‏ is “making history” in Washington on Tuesday, the Knesset will be making history too, albeit of a different kind.

Members of Knesset will be voting to authorize convening the House Committee, where Blue and White leader Benny Gantz’s colleagues are expected to reject Netanyahu’s request for immunity from prosecution in three corruption cases.

Gantz, who was in Washington with Netanyahu on Sunday, in what must have been one of the more awkward diplomatic trips in memory, was reportedly hoping to be back in Yerushalayim in time for the plenum vote.

Assuming all goes smoothly (it should, since Likud is boycotting the event), Attorney General Avichai Mandelblit will appear before the first House Committee session on Thursday to present the indictments against Netanyahu and former social welfare minister Haim Katz (Likud). Mandelblit will be available to answer questions.

Knesset Speaker Yuli Edelstein (Likud) said he would not preside over the plenary session, since his party is boycotting it.

“We will not participate in this farce,” Likud faction chairman Miki Zohar said Monday. “I very much hope that what really matters is taking place in Washington.”