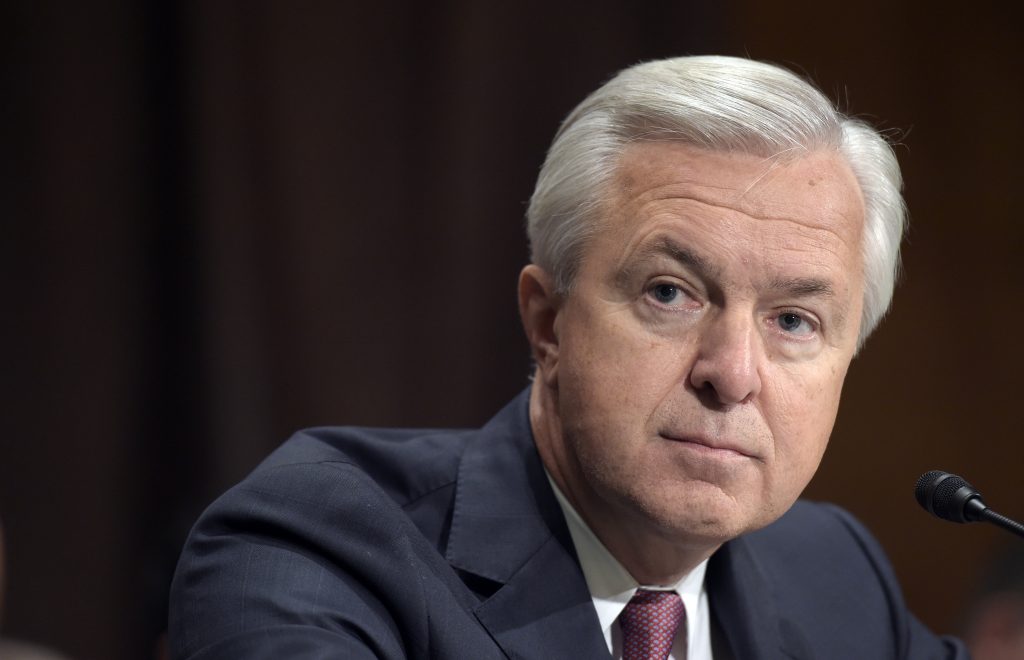 Former Wells Fargo CEO John Stumpf agreed to a lifetime ban from the banking industry and a $17.5 million fine on Thursday, a result of the fake accounts scandal that roiled Wells Fargo when he ran the bank.

Stumpf’s punishment — which he agreed to in a settlement with the Office of the Comptroller of the Currency, Wells Fargo’s federal regulator — punctuates a dramatic downfall for the once-venerated banker. Taking office as CEO in 2007, he successfully led the bank through the financial crisis and its 2008 acquisition of Charlotte-based Wachovia before resigning in the wake of the bank’s fake accounts scandal.

The OCC also announced charges against five former Wells Fargo executives and settlements with two others Thursday. In total, former executives are facing $59 million in fines from regulators.

Carrie Tolstedt, who used to run the consumer bank — where the alleged abuses occurred — was among those charged. Regulators are seeking an industry ban for Tolstedt, along with a $25 million fine.

Enu Mainigi, a lawyer for Tolstedt, said, “Throughout her career, Ms. Tolstedt acted with the utmost integrity and concern for doing the right thing. A full and fair examination of the facts will vindicate Carrie.”

“The actions announced by the OCC today reinforce the agency’s expectations that management and employees of national banks and federal savings associations provide fair access to financial services, treat customers fairly, and comply with applicable laws and regulations,” comptroller of the currency Joseph Otting said in a statement.

Wells Fargo said it is freezing any remaining compensation payments to the former executives while it reviews the OCC’s findings.

“We must all dedicate ourselves to ensuring that such failings never again occur at Wells Fargo,” the bank’s new outsider CEO, Charlie Scharf, wrote in a letter to staff after the charges were announced.

Rather than attempting to move past the fake accounts scandal as quickly as possible, Scharf has expressed direct contrition for the bank’s actions and emphasized that recovering lost trust and satisfying regulators will take substantial time.

Wells Fargo is based in San Francisco and has its largest employment base in Charlotte, where it has about 27,000 workers.