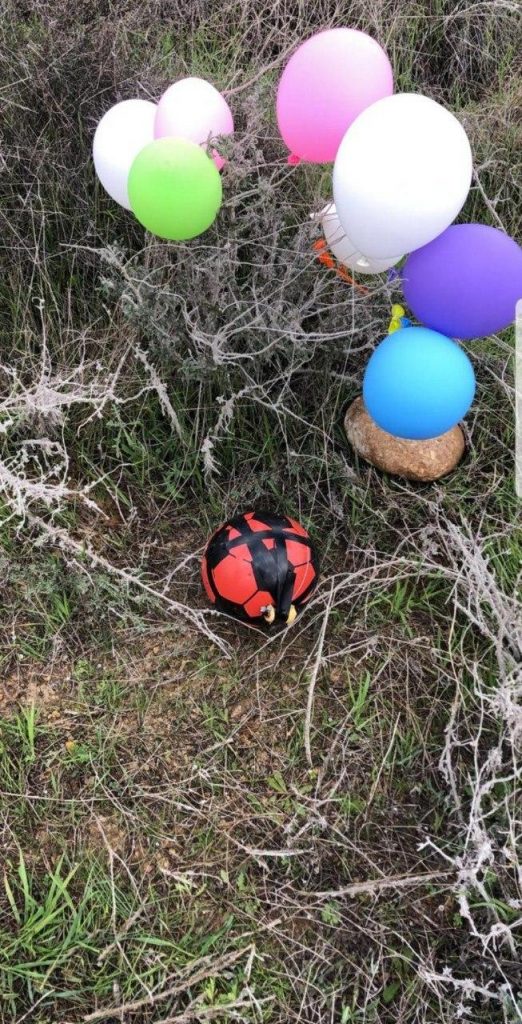 The dispatching of a booby-trapped soccer ball by Gaza terrorists to Israel constitutes “a worrying rise in the severity of attacks,” security officials said Thursday, after the ball, attached to a bunch of balloons, was discovered in an open area of the Shaar Hanegev Regional Council. The ball was disarmed by bomb squad experts, and no Israelis were injured in the incident.

But had a child come across the ball, chas v’shalom, things could have turned out tragically different, officials said, adding that they would not allow this new form of terror attack – aimed at children – to repeat itself. Plans are in place to deal with the resurgence of balloon attacks, and they will be enacted if the attacks continue – and particularly if they rise in severity, as was the case Thursday, security officials were quoted as saying by Walla News.

Security forces were on high alert Thursday, as dozens of world leaders convened in Yerushalayim to attend the World Holocaust Forum in Yerushalayim, centered on the 75th anniversary of the liberation of the Auschwitz concentration camp. Security officials this week issued a warning to Hamas not to attempt to mar the gathering of world leaders. Any terror attack or rocket firing that Gaza terrorists conduct would be responded to with “full force,” officials warned the terror group.

Also Thursday, security officials detained three individuals who planned to fly drones over Road 1 as world leaders, including U.S. Vice President Mike Pence and Russian President Vladimir Putin, traveled to Yerushalayim from Ben Gurion Airport. The highway was closed as a convoy of limousines glided on the usually congested road, from which all civilians were banned for several hours. Using “advanced technology,” police said they detected the three who had planned to dispatch the drones, which were apparently to be used to take aerial video of the vehicles.

The three, operating from different locations, were detained and questioned. Police said they did not appear to be a security threat, but that laws against flying drones over restricted areas would be strictly enforced.