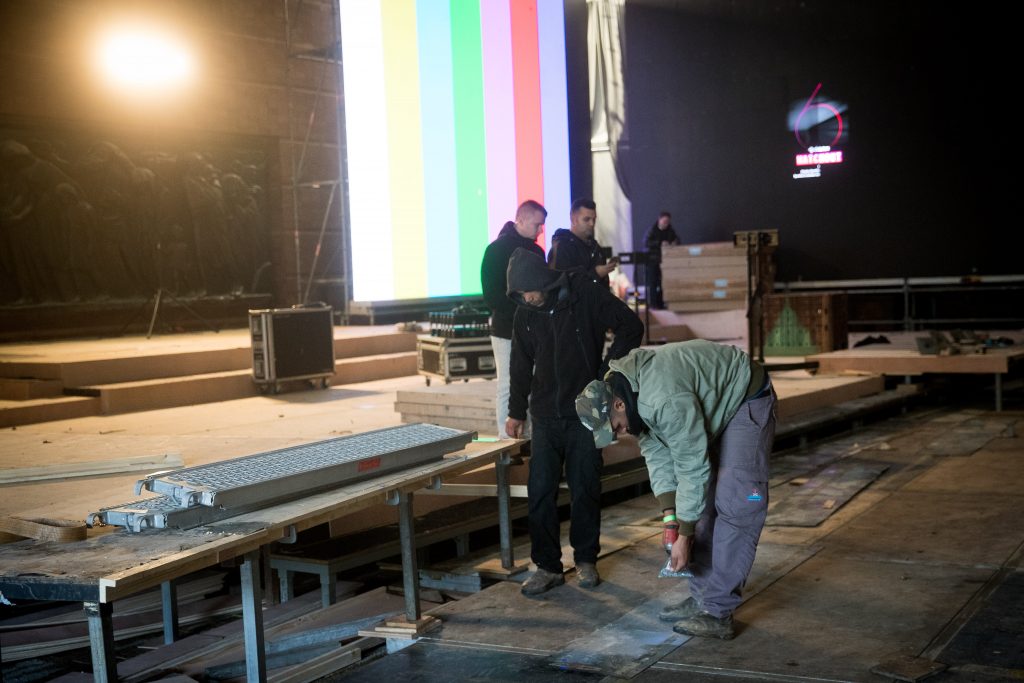 The unprecedented flow of leaders and dignitaries to Yerushalayim from some forty-nine countries began on Tuesday as Israeli officialdom, Yad Vashem and 10,000 Israeli police braced for a two-day event marking the 75th anniversary of the liberation of Auschwitz.

World leaders were already issuing statements pledging to remember the Holocaust and fight the current surge in anti-Semitism in the United States and Europe.

The office of Israeli President Reuven Rivlin has produced a special film featuring the leaders’ statements, supporting the fight against anti-Semitism. The film will be screened at Wednesday night’s dinner held for the honored guests at the President’s Residence.

Prime Minister Binyamin Netanyahu released a video message on Tuesday, saying: “I welcome the leaders from around the world who are coming here, to Jerusalem, to mark with us 75 years since the liberation of the Auschwitz extermination camp.

Netanyahu‏‏ was preparing to make the tie-ins between the Holocaust and Israel’s ongoing struggles. He is scheduled to meet with Vice-President Mike Pence, President Putin and President Macron, among others, with whom he plans to discuss sanctions on Iran and the designation of Hezbollah as a terror organization.

Israel’s natural gas exports are also expected to be on the agenda with Macron, as France asked to join the Eastern Mediterranean Gas Forum last week. Other members are Cyprus, Egypt, Israel, Greece, Italy and Jordan, and the U.S. has asked to be a permanent observer.

Putin is expected to arrive on Thursday. Besides the usual regional issues, he and Netanyahu are expected to discuss the release of imprisoned Israeli Naama Issachar, and there are hopes that the Russian leader will announce a pardon.

Security will, of course, be at the highest level for an event of this magnitude. Only two other events in the country’s history saw a comparable outpouring of world leaders or high-ranking dignitaries: the funerals of Yitzhak Rabin and Shimon Peres.

The massive security operation – dubbed “Operation Future” – will be led by the police and the Shin Bet security service’s Unit 730, which is responsible for protecting important officials. The IDF will offer protection for world leaders visiting Yehuda and Shomron, including Putin and the U.K.’s Prince Charles, who both plan to meet Palestinian Authority President Mahmoud Abbas.

Israelis have been put on notice that their capital will be virtually off-limits Wednesday and Thursday, as the V.I.P. entourages travel in and out.

“From 9 to 11 a.m. on Thursday, don’t drive to Yerushalayim unless you have to,” Chief Superintendent Erez Amar, head of the traffic police’s central district, told reporters on Sunday night, referring to the time when Pence and Putin are scheduled to come in.