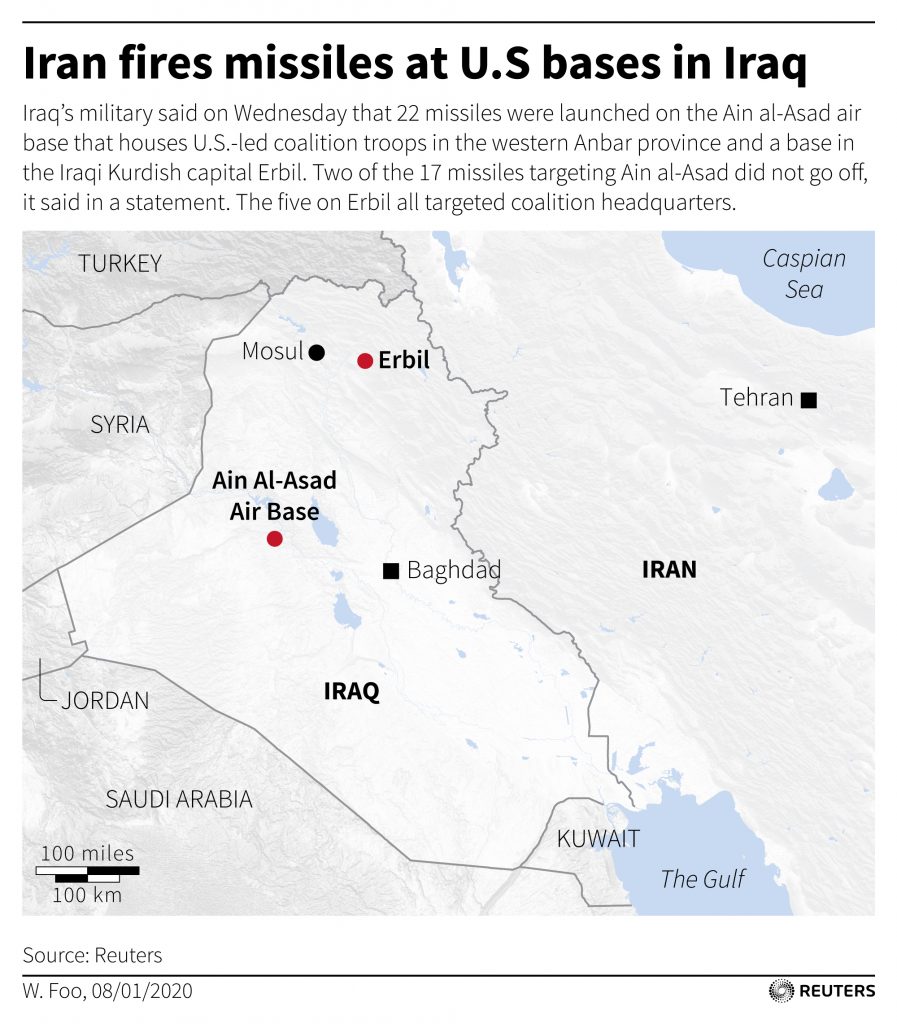 The United States treated 11 of its troops for symptoms of concussion after an Iranian missile attack on an Iraqi base where U.S. forces were stationed, the U.S. military said on Thursday, after initially saying no service members were hurt.
The attack was in retaliation for a U.S. drone strike in Baghdad on Jan. 3 that killed Qassem Soleimani, the commander of the elite Quds Force of Iran‘s Revolutionary Guard.

President Donald Trump and the U.S. military had said there were no casualties after the strike on the Ain al-Asad air base in western Iraq and a facility in its northern Kurdish region.

“While no U.S. service members were killed in the Jan. 8 Iranian attack on Al Asad air base, several were treated for concussion symptoms from the blast and are still being assessed,” Captain Bill Urban, spokesman for U.S. Central Command, said in a statement.

As a measure of caution, some service members were taken to U.S. facilities in Germany or Kuwait for “follow-on screening,” he added.

“When deemed fit for duty, the service members are expected to return to Iraq.”

As many as 1,500 Americans were deployed at the vast base deep in Iraq’s Anbar Desert.