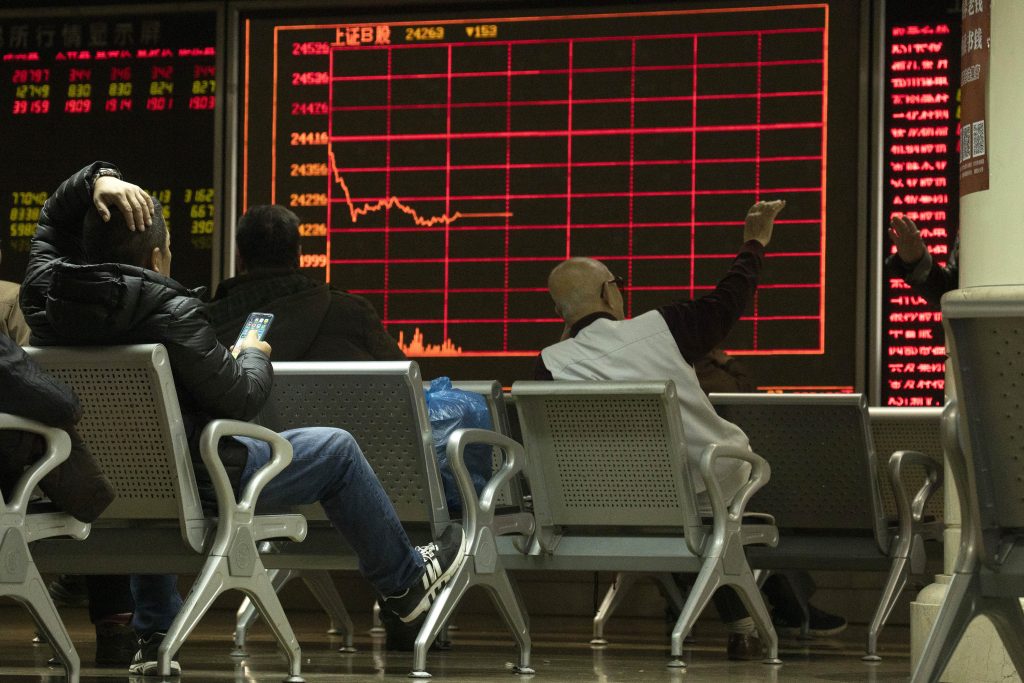 Share prices were mostly higher Thursday in moderate trading in Asia after the U.S. and China signed a preliminary trade agreement that investors hope will bring better relations between the two biggest economies.

President Donald Trump and China’s chief negotiator, Liu He, signed the “Phase 1″ deal on Wednesday before a group of corporate executives and reporters at the White House. The pact eases some sanctions on China. In return, Beijing has agreed to step up its purchases of U.S. farm products and other goods.

“This was telegraphed well enough that the market is kind of looking through it and toward the next phase and what that means,” said Keith Buchanan, portfolio manager at Globalt Investments.

The agreement helped propel the Dow Jones Industrial Average above 29,000 points for the first time and the S&P 500 index hit its second record high in three days Wednesday.

The deal done, traders will likely shift their attention elsewhere for now. But skepticism over the long-term prospects for resolving key issues remains, analysts said.

“Despite some negative spin-doctoring this morning, it’s hard to argue that the deal marks a significant step in ending the frictions that have cast a dark cloud over global economic growth,” Stephen Innes of AxiTrader said in a commentary.

Health care stocks accounted for much of the market’s gains. Utilities and makers of household goods also rose. Those gains outweighed losses in financial stocks, companies that rely on consumer spending and the energy sector.

While limited in its scope, investors have welcomed the U.S.-China deal in hopes that it will prevent further escalation in the 18-month-long trade conflict that has slowed global growth, hurt American manufacturers and weighed on the Chinese economy. Now, Beijing and Washington have to deal with more contentious trade issues as negotiations move ahead. Punitive tariffs will remain on about $360 billion in Chinese goods as talks continue.

With the “Phase 1” agreement now a done deal, investors have more reason to focus on the rollout of corporate earnings reports over the next few weeks. Earnings have been flat to down for the last three quarters, and if the fourth quarter meets expectations, it should be around the same.

However, analysts are projecting 2020 corporate earnings growth to jump around 9.5%, which is why traders will be listening this earnings reporting season for any clues management teams give about their business prospects in coming months.

“We’re expecting a reacceleration in the back end of the year, so any [company] guidance that brings any type of skepticism to that could threaten the recent rally we’ve had and the gains that we’ve accrued in the past few months,” Buchanan said.

Homebuilders marched broadly higher on news that U.S. home loan applications surged 30.2% last week from a week earlier. The pickup in mortgage applications reflects heightened demand for homes and suggests many buyers are eager to purchase a home now, rather than waiting for the traditional late-February start of the spring home buying season. Hovnanian Enterprises jumped 6.4%.

Benchmark crude oil recouped overnight losses, gaining 62 cents to $58.17 per barrel in electronic trading on the New York Mercantile Exchange. It fell 42 cents to settle at $57.81 a barrel on Wednsday. Brent crude oil, the international standard, picked up 36 cents to $64.36 per barrel. It dropped 49 cents to close at $64 a barrel overnight.