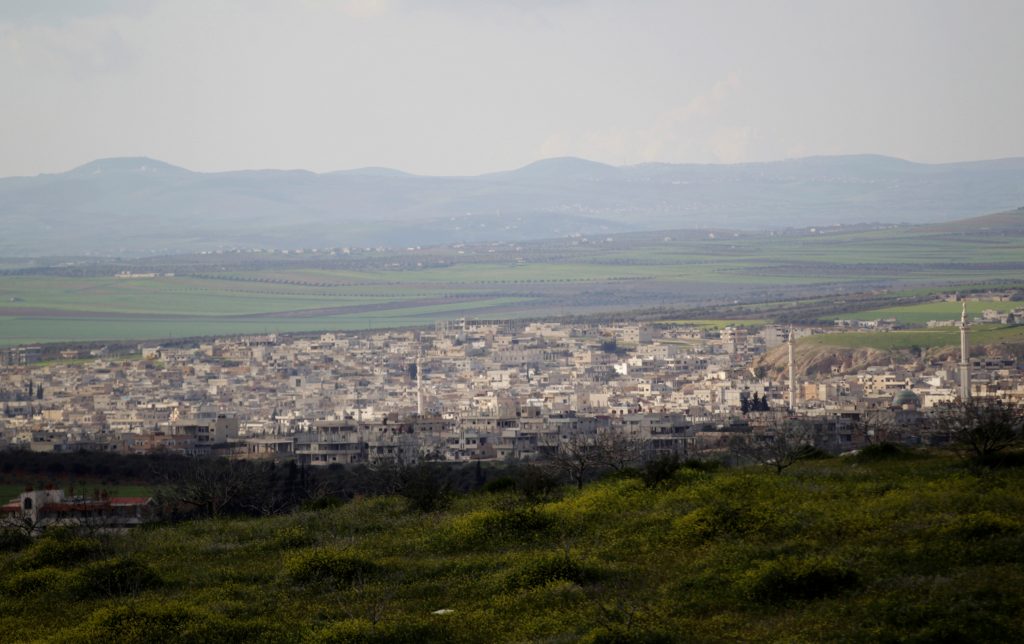 They said the towns of Khan al Subl, Maasaran and several others in southern Idlib province were targeted after a two-day lull in aerial strikes against the last rebel bastion that had been pounded for over a month in a renewed assault.

Hundreds of thousands of people have fled Idlib province in recent weeks as Russian jets and Syrian artillery pounded towns and villages in a renewed government assault aimed at clearing the opposition.

Senior U.N. officials said this month that the humanitarian situation had become more acute with at least 300,000 civilians now on the run in Idlib province, adding to the more than half a million people who fled earlier bouts of fighting to the safety of camps near the Turkish border.

The latest offensive had brought the Russian-led military campaign closer to heavily crowded parts of Idlib province, where nearly 3 million people are trapped, the vast majority of whom are women and children, according to the United Nations.

Moscow says its forces, along with the Syrian army and Iranian-backed militias fighting alongside them, are fending off terror attacks by al-Qaida militants whom they say hit populated, government-held areas.

However, they accuse the rebels of wrecking a “de-escalation zone” brokered two years ago between Turkey and Russia.

Moscow announced earlier this week it had opened safe corridors to allow people under opposition rule in Idlib province to flee to government-held areas.

Residents say few people have crossed into state-controlled areas, where they fear retribution, and most have headed to the relative safety of areas near the Turkish border.

Many of the residents of the opposition enclave fear the return of President Bashar al Assad’s authoritarian rule and look to Turkey to halt the Russian-led campaign that has killed hundreds and left dozens of towns and villages in ruins.

Turkish President Tayyip Erdogan said his country was determined to stop Syrian government violations of the ceasefire in the northwest.