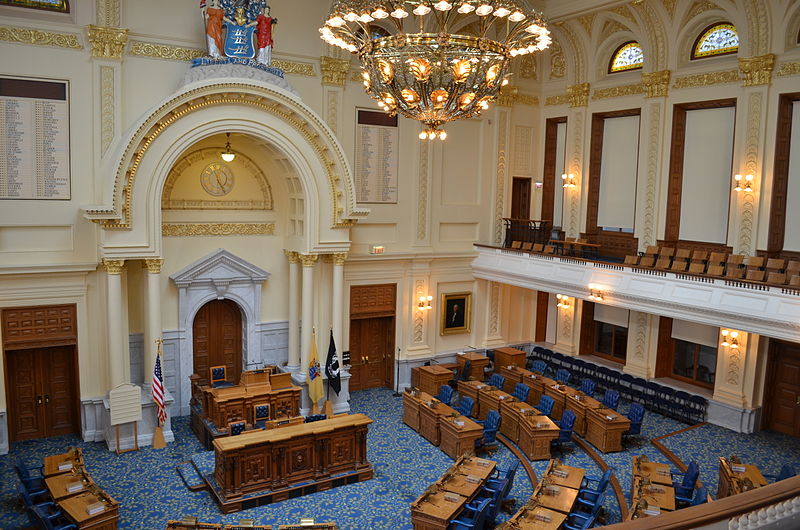 New Jersey lawmakers postponed an expected vote on a bill to eliminate most religious exemptions for vaccines for schoolchildren saying they lacked the votes, and leading to raucous cheers from opponents who had encircled the Statehouse with flags, bullhorns and banners.

Democratic Senate President Steve Sweeney and Majority Leader Loretta Weinberg said late Monday that there was a lot of “misinformation” getting around, leading to lawmakers withholding support for the measure that had already passed in the Assembly.

For the third time in a month, the opponents homed in on the capitol complex and lobbed argument after argument at state lawmakers, including that their religious freedom was being violated by the measure. When it became clear that the bill would not get a vote, they cheered and applauded so loudly that it could be heard inside the Senate chamber.

“They can stand outside and ring sirens and beat pots and believe what they want to believe but our responsibility is to protect the larger residents of the state of New Jersey, and that’s what we’re going to do,” Weinberg said.

Monday was the final meeting of the Legislature’s current session, with a new one beginning Tuesday. That means any bill would have to be reintroduced and wind its way through the process yet again.

Sweeney promised to do that. He also said he would bring in medical doctors and other experts to respond to all the opponents’ concerns.

The legislation as initially written would have ended a religious exemption to vaccine requirements for children attending any school in the state, but lawmakers amended the bill last week to allow exemptions for pupils at private schools and for siblings of children who had vaccine-related injuries.

Despite the last-minute changes, opponents crowded the Statehouse, even arranging for portable toilets to be brought in. They circled the building, and their chanting was so loud that it made the proceedings in the Senate chamber difficult to hear.

The crowd also broke out into song and prayer, including “The Star-Spangled Banner”.

They argue that the measure infringes on their rights as parents to decide what’s best for their children. They also say they oppose the amended bill because it helps only wealthier families who can afford to send their kids to private schools.

Lawmakers who support the bill say it is necessary to keep children safe amid recent outbreaks of some vaccine-preventable diseases. They have criticized “misinformation and hysteria swirling” around the bill.

If the bill becomes law, New Jersey would join five other states, including California and New York, to do away with a religious exemption.

According to New Jersey’s Health Department, there are about 14,000 students who had a religious exemption in 2018-2019. That’s 2.6% of the total number of enrolled students.

It’s unclear whether Democratic Gov. Phil Murphy would support or reject the measure. His office did not return a message seeking comment.

The bill gained traction last year amid a nationwide measles outbreak. The Centers for Disease Control and Prevention said it was the greatest number of measles cases reported since 1992; New Jersey was among the hardest-hit states.

Democrats will remain in control in the new session in Trenton, though they lost two Assembly seats and a Senate post in November’s election. Both chambers must pass the bill Monday to send it to Murphy’s desk.