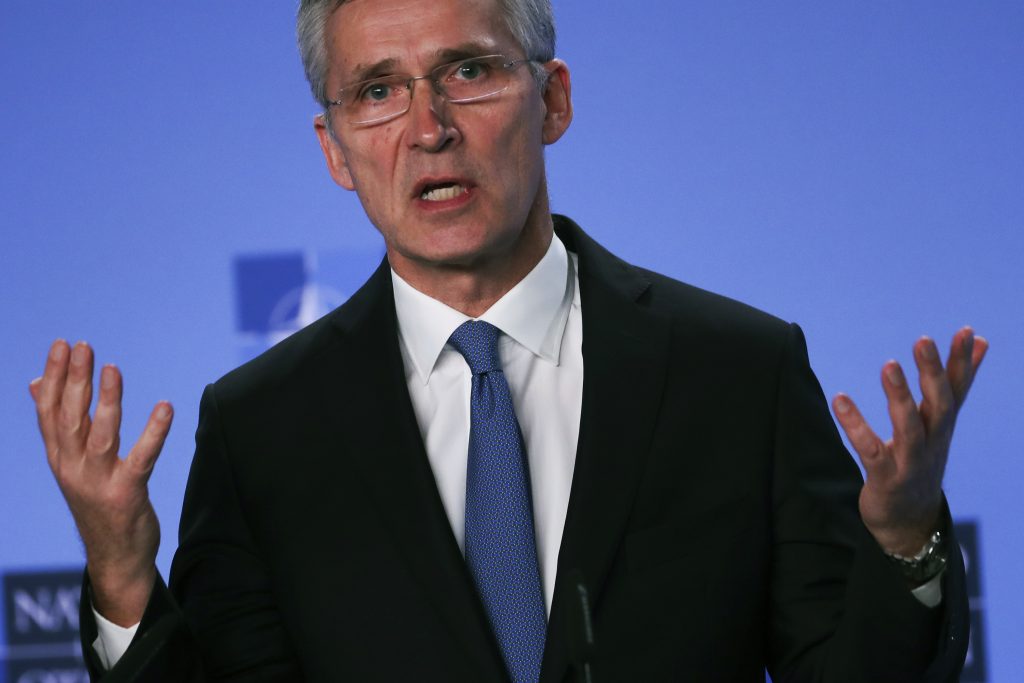 European foreign affairs ministers reiterated their support for the nuclear deal brokered with Iran and expressed concerns Friday that the escalating tensions in the region could lead to a resurgence of the Islamic State’s activities.

The EU’s top diplomat, Josep Borrell, called the urgent meeting in Brussels after the U.S. killing of an Iranian general, Qassem Soleimani, in a drone attack in Iraq on Jan. 3. Tehran responded earlier this week with missile strikes at U.S. bases and announced it would no longer respect limits set under the 2015 nuclear deal on how many centrifuges it can use to enrich uranium.

“We need to understand that the fight against Daesh is not over,” said NATO secretary general Jens Stoltenberg, who attended the meeting in the EU capital and referred to an alternative name for the Islamic State terror group.

“We have made enormous progress, but Daesh can return.”

In an attempt to avoid an escalation between Iran and the United States, EU leaders have intensified diplomatic activities, trying to keep alive the nuclear deal while making sure the U.S.-led anti-IS coalition continues to operate in Iraq. In the wake of the killing of Soleimani, Iraq’s parliament called for the withdrawal of all foreign troops from the country.

German Foreign Minister Heiko Maas reiterated Germany’s position that the fight against IS in Iraq needs to continue.

“I can’t rule out that, if the anti-IS coalition leaves Iraq then IS will regenerate so much that it can carry out attacks in Europe again,” said Maas, speaking to German broadcaster n-tv.

Despite calls from U.S. President Donald Trump to break away from the nuclear deal, the European Union remains committed to the treaty.

Iran struck the deal in 2015 with the United States, France, Germany, the United Kingdom, Russia and China. It has, however, been damaged by Trump’s decision to unilaterally abandon it in 2018 and to impose sanctions that have hurt Iran’s economy.

Iran has gradually rolled back its commitment to the accord and the recent escalation of tensions between Iran and the U.S. has dealt further blows to the pact.

“We are of the opinion that this agreement makes sense because it holds Iran to not developing nuclear weapons, and so we want this agreement to have a future,” Maas said upon arrival at the meeting. “But of course it only has a future if it is complied with, and we expect that from Iran.”

Speaking on French radio RTL ahead of the meeting, French Foreign Minister Jean-Yves Le Drian continued to insist the accord “is not dead” and said it’s essential to salvage it. Blaming the U.S. decision to withdraw, Le Drian said Iran could get access to atomic weapons within “one or two years” if the deal continues to lose its substance.

Borrell has invited Iranian Foreign Minister Javad Zarif to Brussels for talks, but a date for his visit has yet to be set.