Israel Netanyahu: Israel Will Strike ‘Overwhelming Blow’ Against Those Who Attack Us
Israel 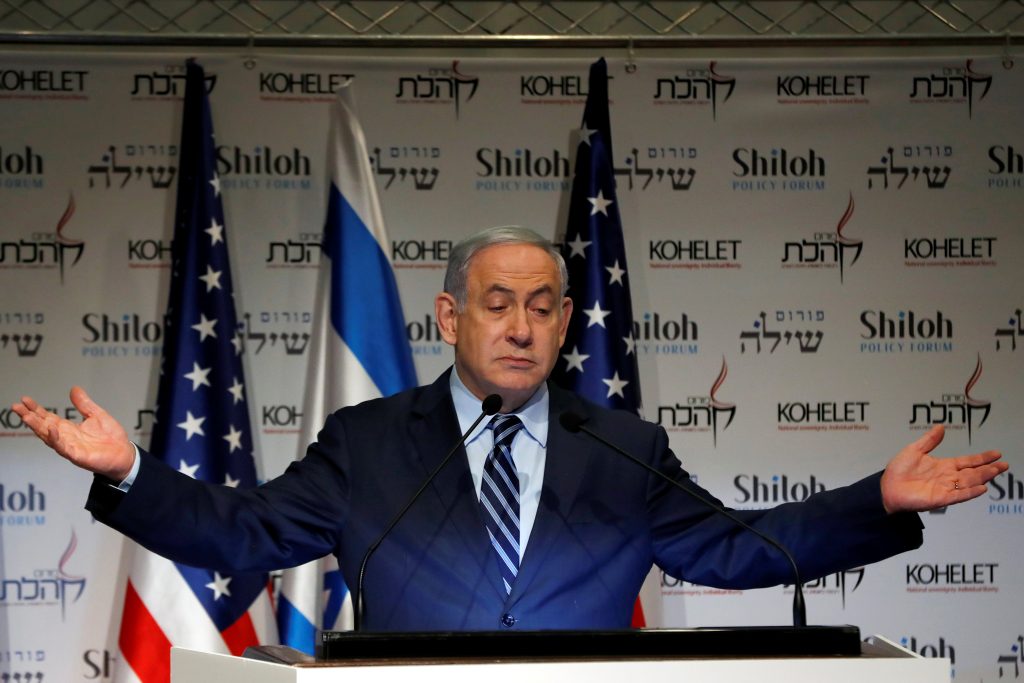 Speaking Wednesday, Prime Minister Binyamin Netanyahu said that U.S. President Donald Trump was to be congratulated for eliminating Iran’s Qassem Soleimani – but that Israel would not allow itself to be a target for Iran’s revenge. “Those who try to attack us will receive an overwhelming blow” of retaliation by Israel.

Speaking in Yerushalayim at the Kohelet Forum’s conference on the U.S. decision that Jewish communities in Yehudah and Shomron are not illegal, Netanyahu said that “we congratulate President Trump for his quick, brave and determined action against Qassem Soleimani, the terror leader who was the architect and head of so many acts of terror. Israel stands solidly by the side of the United States, especially at these times. The United States needs Israel, and Israel needs the United States.

“In the Middle East of today, each day is different than its predecessor. The fight between the radicals and stable governments is going full force. The Iranians understand that Israel is the strongest element of Western civilization in the Middle East. Israel is the anchor of stability in today’s stormy seas. We stand solidly against those who seek to destroy us. Those who attack us will receive an overwhelming blow in return,” Netanyahu said.

Speaking at the event before Netanyahu was U.S. Ambassador to Israel David Friedman, who said that “initial examinations” of the Iranian attack on two Iraqi bases where U.S. soldiers were stationed early Wednesday morning indicated that there were no American injuries. “From the time I started this job I have been trying to resolve several issues that have been unresolved since the Six Day War – the status of Jerusalem, the status of the Golan, and the status of Judea and Samaria,” he added.