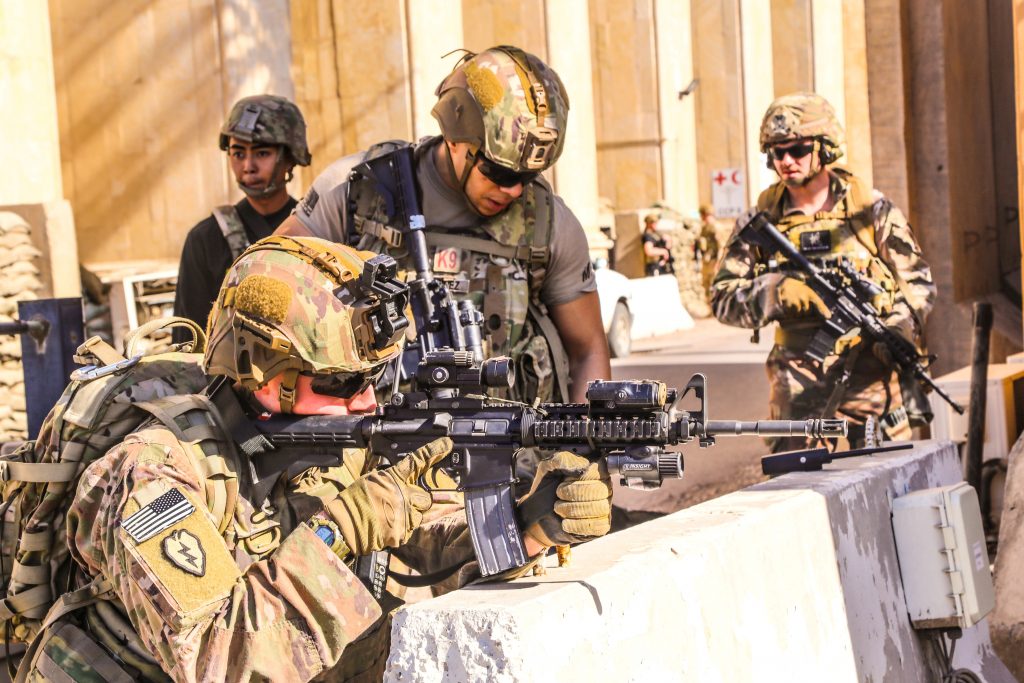 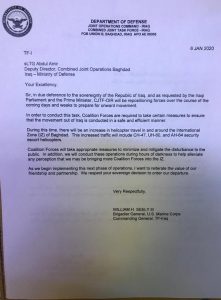 The United States military wrote to Iraq on Monday saying it would pull out of the country and would be repositioning forces over the next few days and weeks, a letter seen by Reuters showed.

It was not immediately clear if all roughly 5,000 U.S. troops would leave Iraq.

Several helicopters could be heard flying over Baghdad on Monday night. It was not immediately clear if this was a related development. The letter said coalition forces would be using helicopters to evacuate.

“Sir, in deference to the sovereignty of the Republic of Iraq, and as requested by the Iraqi Parliament and the Prime Minister, CJTF-OIR will be repositioning forces over the course of the coming days and weeks to prepare for onward movement,” read the letter.

The authenticity of the letter, which was addressed to the Iraqi defence ministry’s Combined Joint Operations Baghdad, was confirmed to Reuters independently by an Iraqi military source.

“We respect your sovereign decision to order our departure,” it said.

In Washington, a Pentagon spokesman said he could not immediately confirm its authenticity.

The letter said: “During this time, there will be an increase in helicopter travel in and around the International Zone (IZ) of Baghdad.”

The International Zone is the formal name of Baghdad’s heavily fortified Green Zone which houses government buildings and foreign missions.