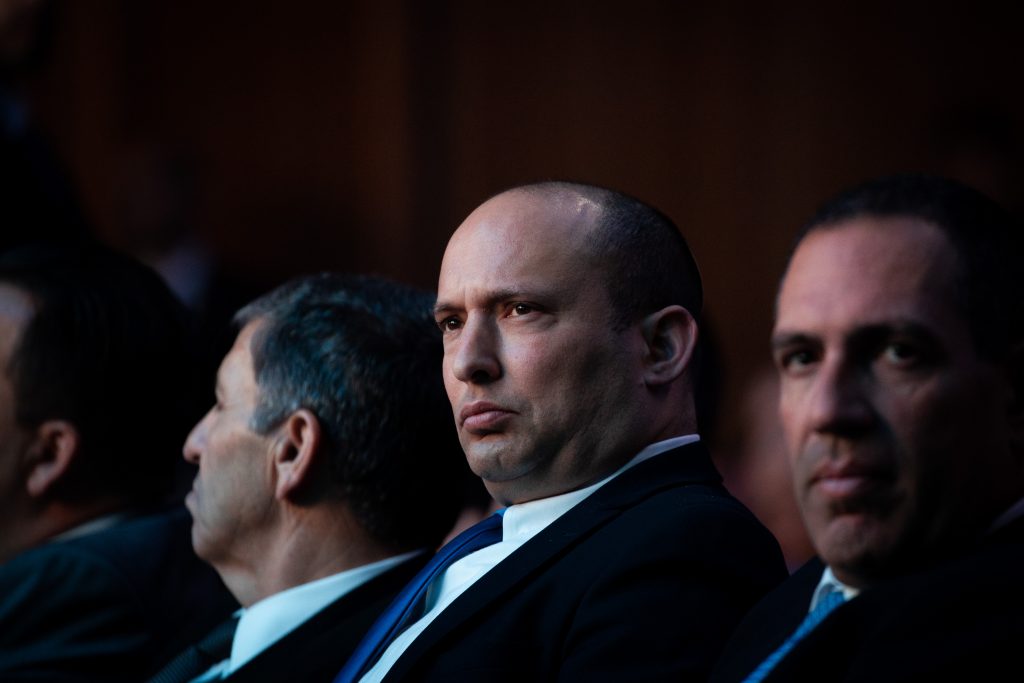 Prime Minister Binyamin Netanyahu over the weekend called for unity on the right, saying that right-wing voters “won’t forgive [Naftali] Bennett, [Betzalel] Smotrich, and [Rafi] Peretz if they do not unite under a single list. Running separately, two of the parties may fall under the electoral threshold, thus putting the left in power.”

Last week, Itamar Ben-Gvir of Otzma Yehudit signed a deal with Jewish Home to run under a single list, but Smotrich expressed loud opposition to the move, saying that Ben-Gvir could not be trusted. Meanwhile, Bennett continued campaigning for his New Right party, rejecting the idea of a single right-wing list.

In response to Netanyahu’s comments, Bennett, along with Ayelet Shaked, who announced she was remaining in Bennett’s New Right party, said that “we appreciate Netanyahu’s concerns. We will continue to bring votes from Blue and White and from Yisrael Beytenu for the establishment of a strong right-wing government for the benefit of Israelis.”

The first set of polls taken since Prime Minister Binyamin Netanyahu said that he would seek parliamentary immunity show that the move had little impact on the balance of power between right and left. Polls by Channels 12 and 13 and Kan News show Blue and White with a slight electoral edge over the Likud, but failing to amass a Knesset majority with the assistance of both the United Arab List and Yisrael Beytenu, or convincing several of the rightwing or chareidi parties to join a government led by Benny Gantz.

Elections are set for 60 days from now, but if they were held today, Channel 13 has Blue and White coming in with 36 Knesset seats, and the Likud with 34. The United Arab List would get 13 seats, while the New Right would get 8. Both Shas and United Torah Judaism would get 7 each. Labor would get 5 and Democratic Camp 4. The Jewish Home list does not pass the electoral threshold, but just barely.