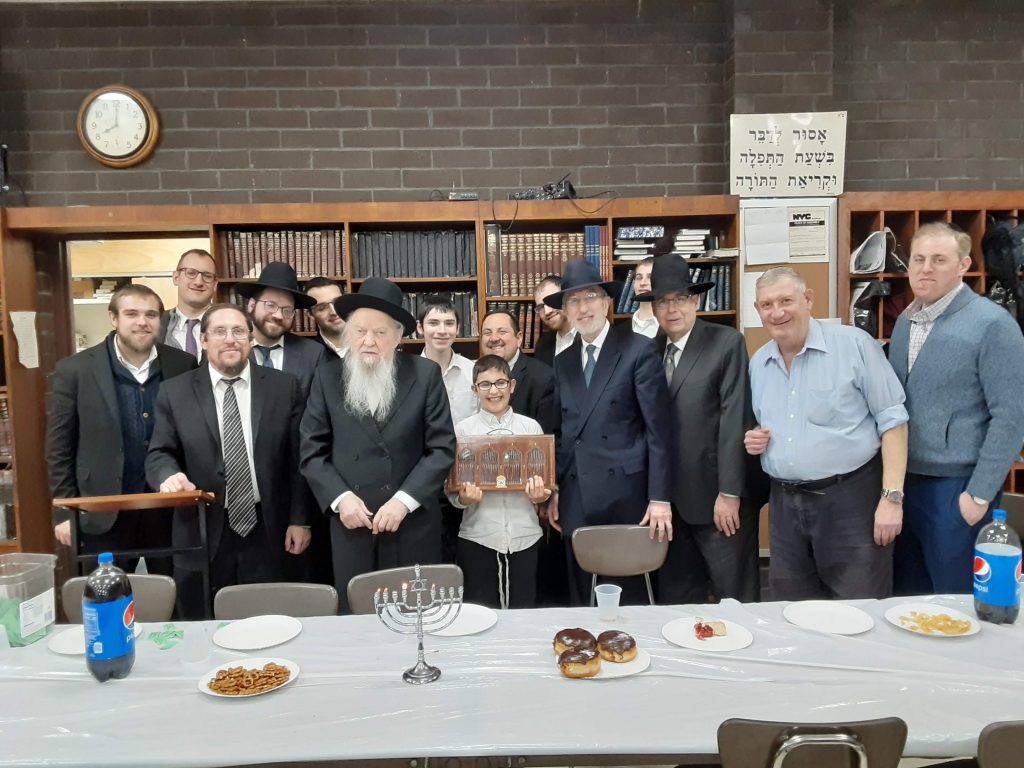 Yeshivas HaMasmidim of Queens, a project of the Agudath Israel of Kew Gardens Hills, celebrated Chanukah with a lively chagigah this past Thursday evening. Over forty boys, all from local yeshivos in grades 3-6, spend an hour on Monday evenings furthering their Torah learning, in a beautiful display of a Kiddush Hashem.

Rabbi Elliot Hecht, Hebrew Academy of Nassau County Middle School Principal and proud father of a masmid, was invited as a guest lecturer to share a powerful story. At the Kosel Hamaravi a man named Dovid, who was dressed in a religious manner, encountered Shlomo, an individual who appeared non-religious, crying relentless at the holy wall to his Creator. Dovid lent a welcomed ear for Shlomo to share his struggles and soon they parted ways. For Dovid, the story faded with the passing of time as he had no way to contact Shlomo. Two years later, Dovid once again visited the Kosel and noticed an individual dressed in a white shirt and black hat continuously staring in his direction. Hesitantly, the man called out, “It is me Shlomo!” Dovid was simply astonished at this transformation. Shlomo revealed that the night they originally met he was supposed to return to America and went to Kosel filled with intense pain unsure where his life would lead. “When I saw how a religious man like you cared so much to spend time with a non-religious boy like me, I wanted to emulate your ways,” divulged Shlomo.

Rabbi Hecht elucidated on the tale. If we encounter someone who seems to be in a bad mood, we should not turn our backs on them, rather ask if we can talk despite how weird it may feel. The Torah tells us that the sar hamashkim did not remember Yosef and Yosef in turn forgot the sar hamashkim. The question is asked why both statements are required. It is explained that Yosef had intentions to put his faith in the sar hamashkim, but when Yosef realized the sar hamashkim would not be of help, he placed all his emunah in his Creator. Always remember to have full belief that Hashem will guide your path. 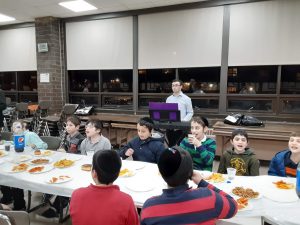