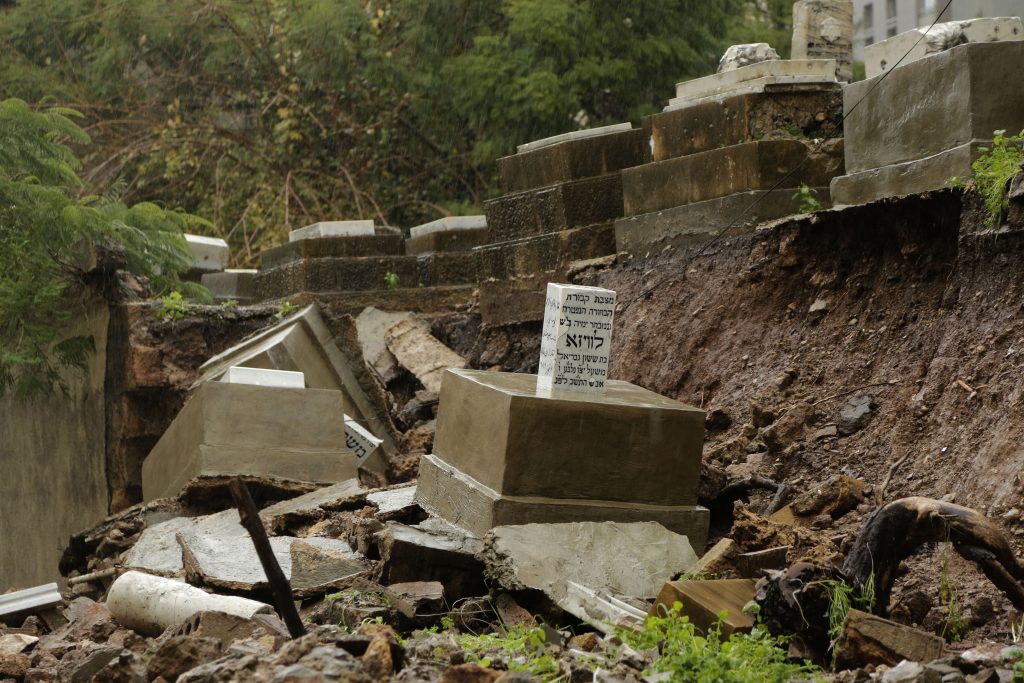 A severe storm, carrying heavy rain and strong winds, toppled an old wall and several graves at a Jewish cemetery in the Lebanese capital on Thursday.

The cemetery in Beirut’s Sodeco district, which dates back to the early 1820s, is Lebanon’s only Jewish cemetery and has been closed to the public for many years.

Heavy rain and winds toppled the cemetery’s stone wall, tumbling onto several kevarim and matzeivos that came crashing down. The fallen matzeivos with Hebrew writing on them could be seen from the main street where the wall had collapsed.

Lebanon once had a thriving Jewish community. As many as 15,000 to 22,000 Jews lived in Lebanon in the mid-1960s, but the various Arab-Israeli wars and Lebanon’s own 1975-90 conflict caused waves of emigration and today, almost none are left in the country.

The storm, which has been dubbed “Loulou,” has lashed Lebanon and also caused flooding and landslides in parts of the country while the first heavy snow fell on the mountains, forcing some road closures.