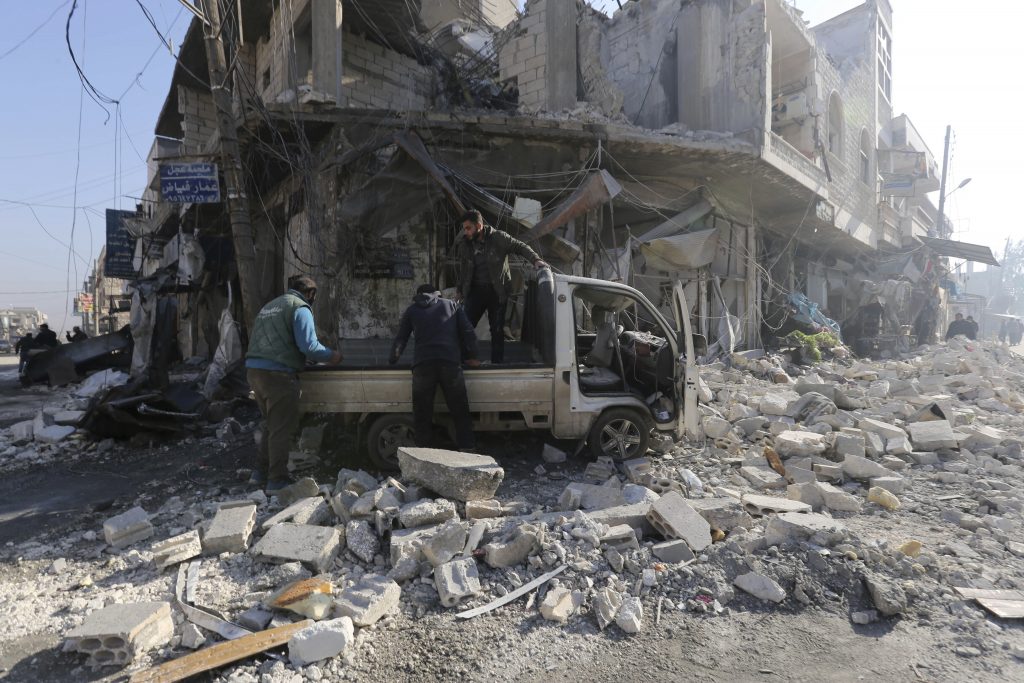 Airstrikes on a rebel-held town killed eight people and wounded more than a dozen Saturday in Syria’s northwestern province of Idlib, the last remaining rebel stronghold in the war-torn country, opposition activists said. The attack came amid a government offensive in the region.

The latest casualties in the town of Saraqeb came as government forces captured two new villages on the southern edge of Idlib. The province has been the center point of a government push under the cover of airstrikes, according to opposition activists and pro-government media.

The offensive has already forced thousands of civilians to abandon their homes and flee for their lives.

Saraqeb and Maaret al-Numan are two major rebel-held towns that sit on the highway that links the capital Damascus with the northern city of Aleppo, Syria’s largest. The opposition’s Syrian Civil Defense, also known as White Helmets, said that both towns are almost empty after most civilians fled.

Before this latest bout of violence that began a few weeks ago, the U.N. reported that some 60,000 Idlib residents had been displaced in recent weeks by the government offensive.

Since a ceasefire imposed at the end of August collapsed in the past weeks, the government has been pushing to clear access to the strategic Damascus-Aleppo highway. Syrian troops have been pushing northward toward Maaaret al-Numan in recent days.

Idlib, which is dominated by al-Qaida-linked terrorists, is home to 3 million civilians and the U.N. has warned of the growing risk of a humanitarian catastrophe along the Turkish border.