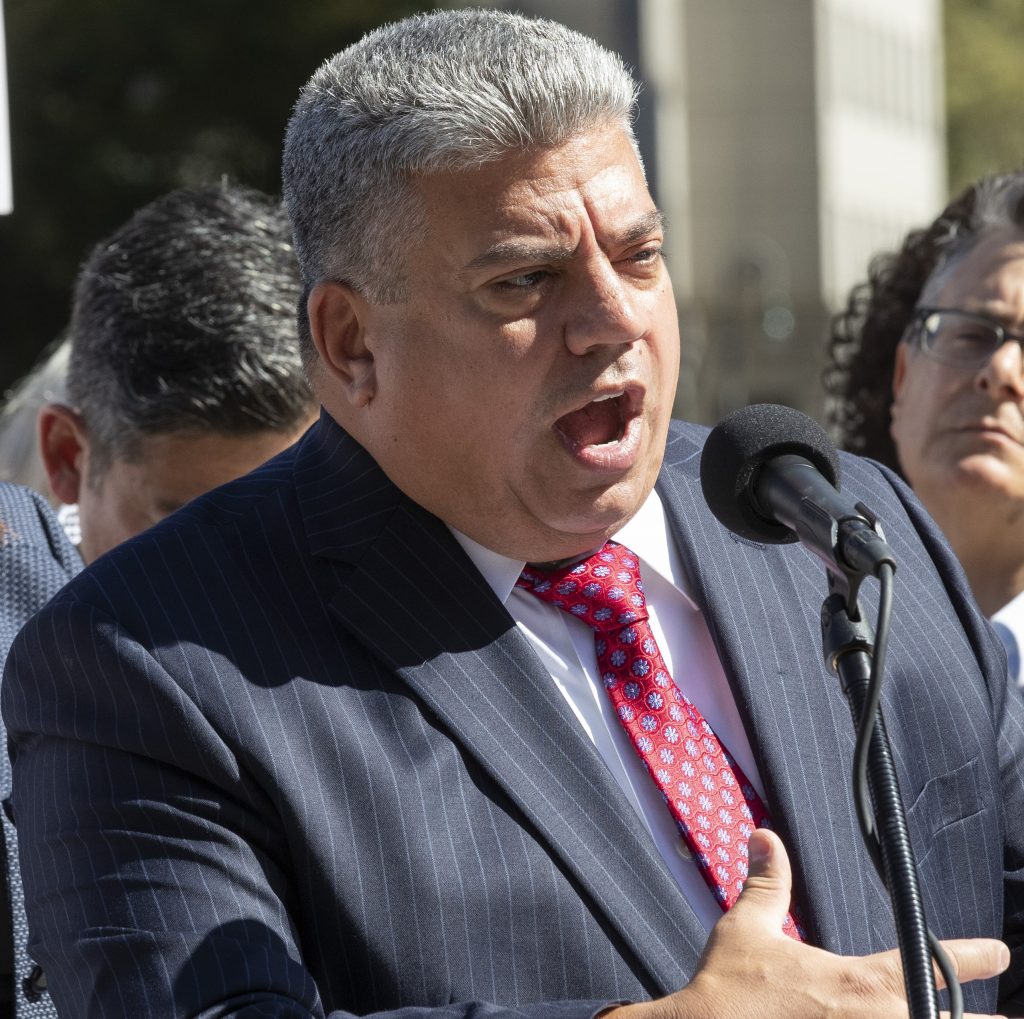 A New York judge denied the U.S. government’s request Thursday to toss out a lawsuit challenging the constitutionality of Immigration and Customs Enforcement arrests in New York courthouses.

U.S. District Judge Jed Rakoff said he was rejecting the government’s arguments that suggested the arrests were “none of this Court’s business and second, that even if it is, the common law privilege against courthouse arrests doesn’t apply to ICE.”

The lawsuit contended that ICE arrests in courthouses have skyrocketed since President Donald Trump took office.

The judge, who heard oral arguments in the case last month, noted that lawyers for New York state said civil arrests in or around New York state courthouse had risen “by a remarkable 1,700 percent or more.”

“Court cannot be expected to function properly if third parties (not least the executive branch of the government) feel free to disrupt the proceedings and intimidate the parties and witnesses by staging arrests for unrelated civil violations in the courthouse, on court properly, or while the witnesses or parties are in transit to or from their court proceedings,” Rakoff wrote.

The judge said that over 500 years ago, the English courts developed a common law privilege against civil arrests on courthouse premises.

“This ancient privilege, incorporated into American law in the early years of our republic by virtually all state and federal courts, has remained largely intact over the centuries,” Rakoff said.

Last month, the judge said he found the federal government’s assertions that its policies regarding courthouse arrests can’t be reviewed by a federal judge to be “unusual and extraordinary.”

A message seeking comment was left Thursday with representatives of federal government lawyers in Washington.