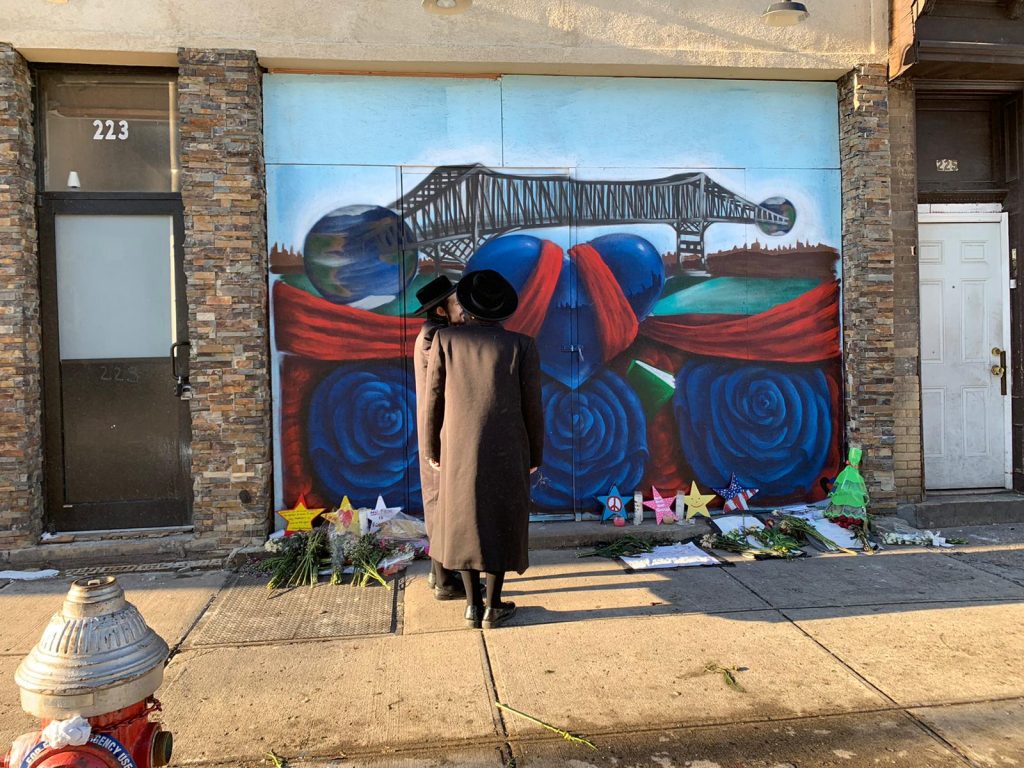 Paws 21 is the way he wants to be known. This morning, he brought his painting paraphernalia to Martin Luther King Drive where an unspeakable tragedy took place a week ago. He began to paint a message of hope and unity, trying to bridge two diverse communities who were traumatized by the events.

“This is a mural I’m making for the Orthodox Jewish community,” he said. “I’m an Orthodox Muslim myself, and one thing we stand for is the sacredness of life.”

Paws paid for the paint himself, and went to work to create his graffiti artwork in which he portrayed part of the nearby Polaski Skyway bridging two globes representing two worlds. They are bound together by a heart which shows the mutual respect and feelings towards each other in the aftermath of the shooting.

“Unfortunately, this event occurred which really sheds light on the diversity which exists in Jersey City and how much we have come together as a community,” he told the onlookers. “We need the world to know that this is what Jersey City stands for. We have amazing communities, residents, [a] tremendous administration, and we are all working together to make this place the one we know it is. We are not going to let this turn into something else.”

Paws 21 works quickly as he wields his paint rollers and cans of spray paint with dexterity. In the end, he is satisfied with the final product and the message it sends.

Finally, he tweeted a message to the world:

One city, one community…Jersey City.

When I arrived today to paint this mural, it was cloudy and really cold out. I was concerned that my water based buff paint wouldn’t dry in time, but decided to paint anyway. As so as I set up to paint, the sun came out and warmed up the surface A LOT. It took me 3 hours to complete the mural and LITERALLY as soon as I was done, the clouds come in and it started to snow. paws21art”