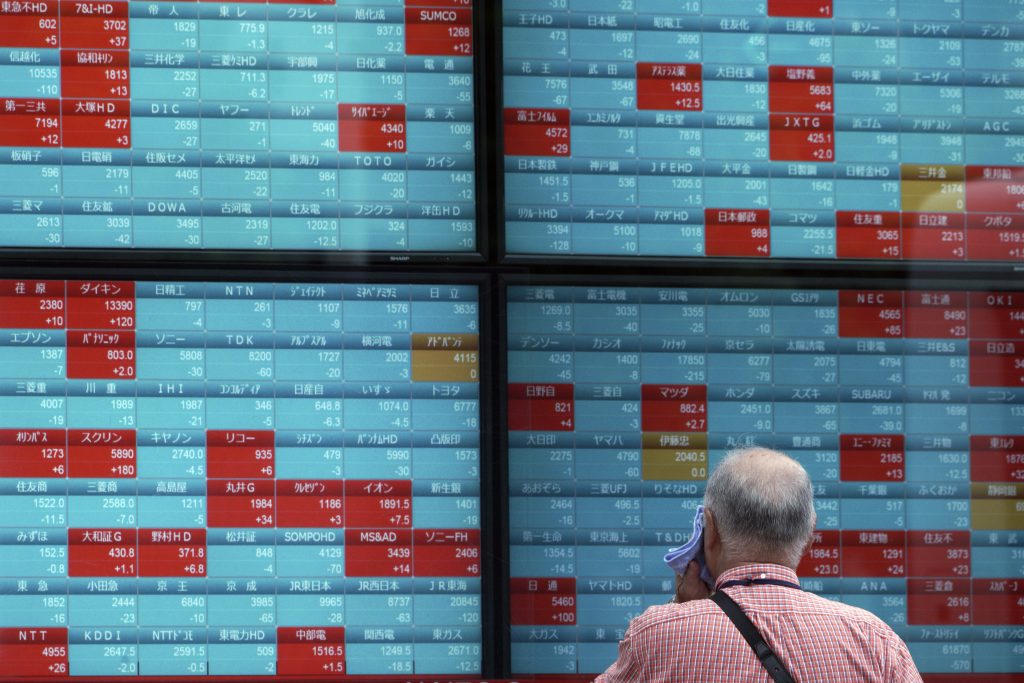 Global shares were mixed Thursday after a wobbly day on Wall Street following the Federal Reserve announcement it would leave interest rates unchanged.

Adding to the uncertainties overhanging the markets this week, Britain will vote in a national election Thursday that will likely determine if the United Kingdom pushes ahead with its departure from the 28-nation European Union.

The U.S. market shook off a mixed start after the Federal Reserve said it would leave interest rates unchanged and signaled it expected to leave them alone in 2020 as well.

The central bank had been expected to leave its benchmark interest rate unchanged this month after cutting it three times this year to shield the economy from slowing global growth and the fallout of U.S. trade conflicts.

Shares rose in Taiwan but were mixed in Southeast Asia.

Investor jitters over whether the U.S. and China will be able to avert a new escalation in their trade war has made for choppy trading this week, pulling major indexes lower.

Investors are hoping that both sides can avoid a new round of tariffs scheduled to kick in Sunday on Chinese goods that include phones, laptops and other popular products.

“The fact is the big event risk remains in place, with the world watching to see if the 15% tariffs kick in on $160 billion of Chinese exports on Sunday,” Chris Weston of Pepperstone said in a commentary.