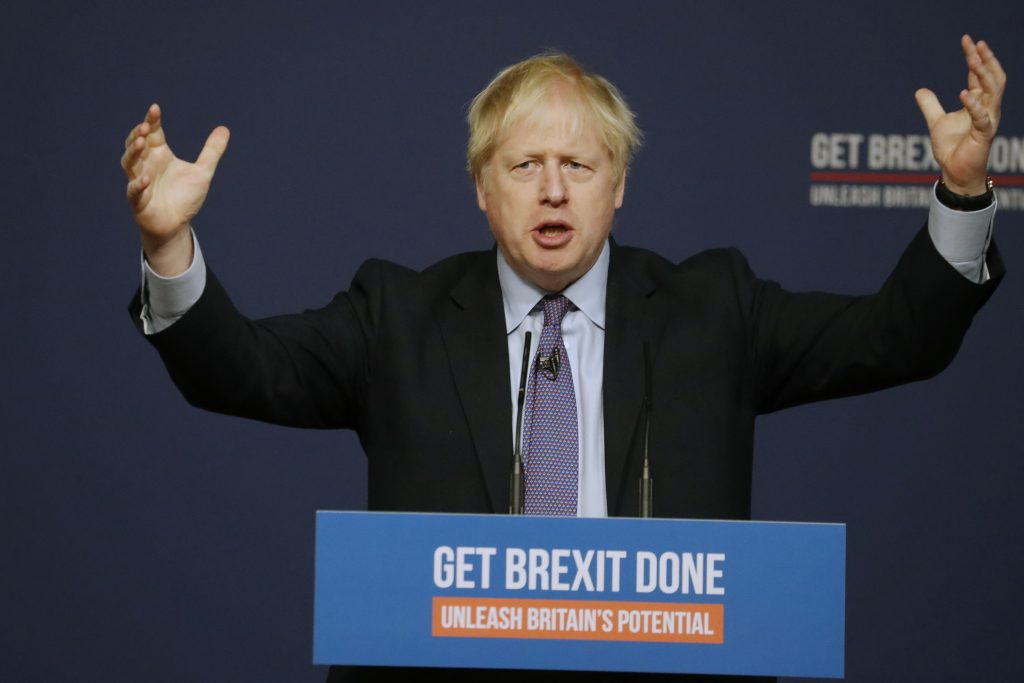 British political leaders rose early Wednesday to pursue undecided voters on the eve of Britain’s election, zigzagging the country in hopes that one last push will get the wavering to the polls.

Though polls have consistently shown Prime Minister Boris Johnson’s Conservative Party in the lead, the size of the margin is seen as narrowing before Thursday’s contest. All the parties are nervous about the verdict of a volatile electorate weary after years of wrangling over Brexit — and likely to dump traditional party ties.

All 650 seats in the House of Commons seats are up for grabs in the election, which is being held more than two years early in a bid to break the political impasse over Brexit.

Johnson has tried to focus minds on the potential of an uncertain result and a divided Parliament, which would endanger his plan to lead the U.K. out of the European Union on Jan. 31. He started his day by helping load milk and orange juice bottles onto a delivery vehicle in West Yorkshire.

“This could not be more critical, it could not be tighter — I just say to everybody the risk is very real that we could tomorrow be going into another hung Parliament,” he said. “That’s more drift, more dither, more delay, more paralysis for this country.”

Meanwhile, the main opposition Labour Party said the narrowing in the polls showed that momentum was moving in their direction. Labour leader Jeremy Corbyn campaigned in Scotland and urged people to elect a government that will “give real hope.”