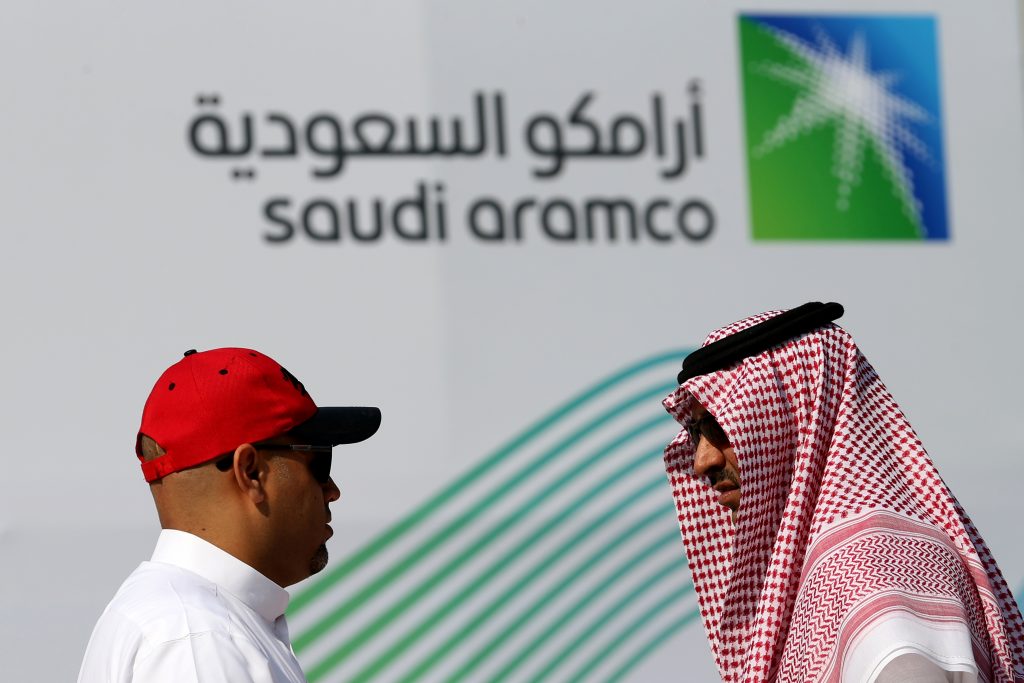 Saudi Arabia’s oil company Aramco began trading for the first time on Wednesday, gaining 10% in its first moments on the market in a dramatic debut that pushed its value to $1.88 trillion, higher than any other listed company in the world.

The state-owned oil giant started trading on the Saudi Tadawul stock exchange after a mammoth $25.6 billion initial public offering that set the record as the biggest ever in history. Trading for Aramco shares began at 10:30 a.m. in Riyadh.

At a pre-trading auction earlier in the morning, bids for Aramco’s shares reached the 10% limit on stock price fluctuation allowed by the Tadawul stock exchange. That pushed the price of Aramco shares to 35.2 riyals, or $9.39 a share.

Aramco is selling 0.5% of its shares to individual retail investors — most of whom are Saudi nationals — and 1% to institutional investors, most of which are Saudi or Gulf-based funds.

Only Saudi citizens, residents of Saudi Arabia or nationals of Gulf Arab states were permitted to buy Aramco shares as individual investors.

Saudi Crown Prince Mohammed bin Salman plans to use the money raised from the sale of a sliver of the kingdom’s crown jewel to diversify the country’s economy and fund major national projects to create jobs for the millions of young Saudis entering the workforce.

What the 34-year-old crown prince had initially sought was a $2 trillion valuation for Aramco and the sale of up to 5% of the company – on an international stock exchange as well as the Saudi market – that could raise $100 billion.

Instead, potential buyers outside Saudi Arabia thought his $2 trillion valuation was too high. With gains made on the local Tadawul and strong local support, the company could reach the $2 trillion mark in trading on the local exchange.

The strong demand for Aramco’s stock, however, has so far been mostly supported by Saudi and some Gulf-based funds, rather than international investors.

To encourage Saudi citizens to buy and keep hold of Aramco stock, the company says it will pay a dividend of at least $75 billion in 2020. Individual Saudi investors who hold their shares for six months from the first day of trading can receive up to 100 bonus shares, or one for every 10 held.

The government also encouraged Saudis by making it easier to access credit for stock purchases. There were reports that the prince, who led a shakedown of top royals and businessmen during an anti-corruption sweep in 2017, also pressed wealthy Saudis to contribute.

The result was that just over 5 million individuals, nearly all of them Saudi nationals out of a population of around 20 million citizens, generated subscriptions of $13 billion.

Institutional investors, many of them Saudi or Gulf-based funds, raised more than $100 billion during the book-building period that closed last week. Less than a quarter of that, or 23%, was raised from non-Saudi investors, according to Aramco’s lead IPO adviser Samba Capital.

Aramco has exclusive rights to produce and sell the kingdom’s energy reserves. It was founded in 1933 with America’s Standard Oil, and became fully owned by Saudi Arabia by 1980.