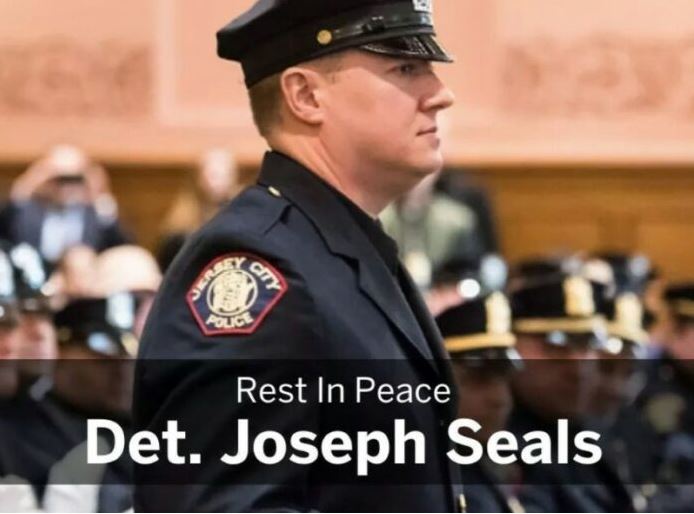 An 18 year law enforcement veteran and married father of five was tragically murdered in the Jersey City attack on Tuesday December 10.

Detective Joseph Seals 40, was the first person identified as a victim of the horrific attacks in Jersey City which ultimately took the lives of three people inside the kosher grocery store on Martin Luther King Drive.‎ The attacks also injured many others.

Seals a beloved Police officer was the department’s leading officer in removing guns from Jersey City’s streets and frequently worked in plain-clothes. The veteran officer joined the Jersey City police force in 2006, according to department officials.

‎As we mourn the tragic deaths in our own community, we also are deeply pained by the tragic loss of Detective Seals and mourn his senseless loss. Please let’s open our hearts and assist his grieving family at this terrible time.

No community more than the Orthodox Jewish community appreciates the incredible sacrifices our law enforcement heroes make on behalf of all citizens every day. Let’s take that appreciation and turn it into action!

Join us in as we turn our heartfelt grief into something more meaningful and donate to this special fund set up for Detective Seals’s family. He made the ultimate sacrifice. Let us come together and donate generously in his memory.

This fund will be administered by prominent Jewish community activists Mr. Chaskel Bennett, Mr. Leon Goldenberg and Mr. Moshe Wulliger in partnership with Yeshiva World News (YWN) and directed to the Seals family after we reach our goal. ‎ May G-d bless our law enforcement professionals and may he bless Detective Seals memory. #RIP