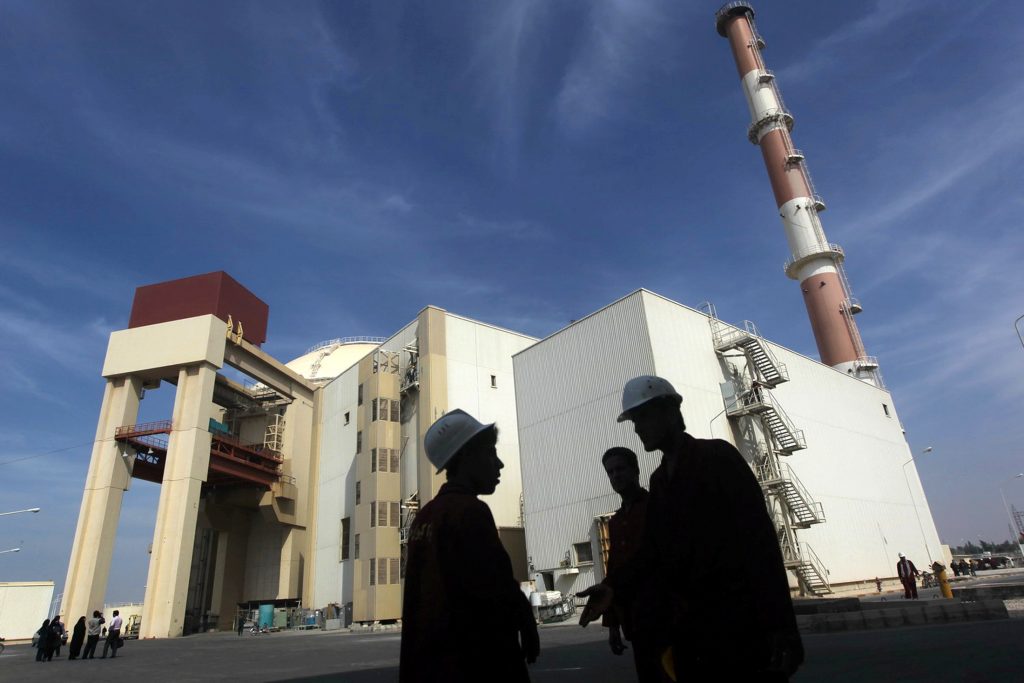 France, Germany and the United Kingdom say “Iran’s developments of nuclear-capable ballistic missiles” go against a U.N. Security Council resolution calling on Tehran not to undertake any activity related to such missiles.

Ambassadors from the three European nations urged U.N. Secretary-General Antonio Guterres in a letter circulated Wednesday to inform the council in his next report that Iran’s ballistic missile activity is “inconsistent” with the call in a council resolution endorsing the 2015 nuclear deal with Iran.

The letter cites footage released on social media April 22, 2019, of a previously unseen flight test of a new Shahab-3 medium-range ballistic missile variant “equipped with a maneuverable re-entry vehicle.” It says: “The Shahab-3 booster used in the test is a Missile Technology Control Regime category-1 system and as such is technically capable of delivering a nuclear weapon.”

The Europeans noted that a 2015 report by the International Atomic Energy Agency on possible military dimensions of Iran’s nuclear program concluded “that extensive evidence indicated detailed Iranian research in 2002-2003 on arming the Shahab-3 with a nuclear warhead.”

Officials in the Trump administration also have said Iran is working to obtain nuclear-capable missiles, something the Iranians deny.

President Donald Trump withdrew from the nuclear agreement in May 2018. But it is still supported by the five other parties — France, Britain, Russia and China, which are all veto-wielding Security Council members, and Germany, which is currently serving a two-year term on the council.

The letter says, “France, Germany and the United Kingdom assert once again our firm conclusion that Iran’s development of nuclear-capable ballistic missiles and related technologies is inconsistent” with the missile provision in the council resolution.

That provision urges Iran “not to undertake any activity related to ballistic missiles designed to be capable of delivering nuclear weapons.” But it does not require Tehran to halt such activity, and the Iranian government insists all its missile activities are legal and not nuclear-related.

The Europeans’ letter says they used the Missile Technology Control Regime “performance characteristics” that a rocket system would need to be capable of delivering at least a 500-kilogram payload to a range of at least 300 kilometers (185 miles) to be nuclear capable.

In addition to the April 23 flight test of the new Shahab-3 missile variant, it cited:

The Security Council has scheduled a Dec. 19 meeting to discuss implementation of the 2015 resolution on the Iran nuclear deal.

During last year’s meeting, U.S. Secretary of State Mike Pompeo urged the council to again ban Iranian ballistic missiles capable of delivering nuclear weapons and to maintain an arms embargo that is scheduled to be lifted in 2020 under the nuclear deal.