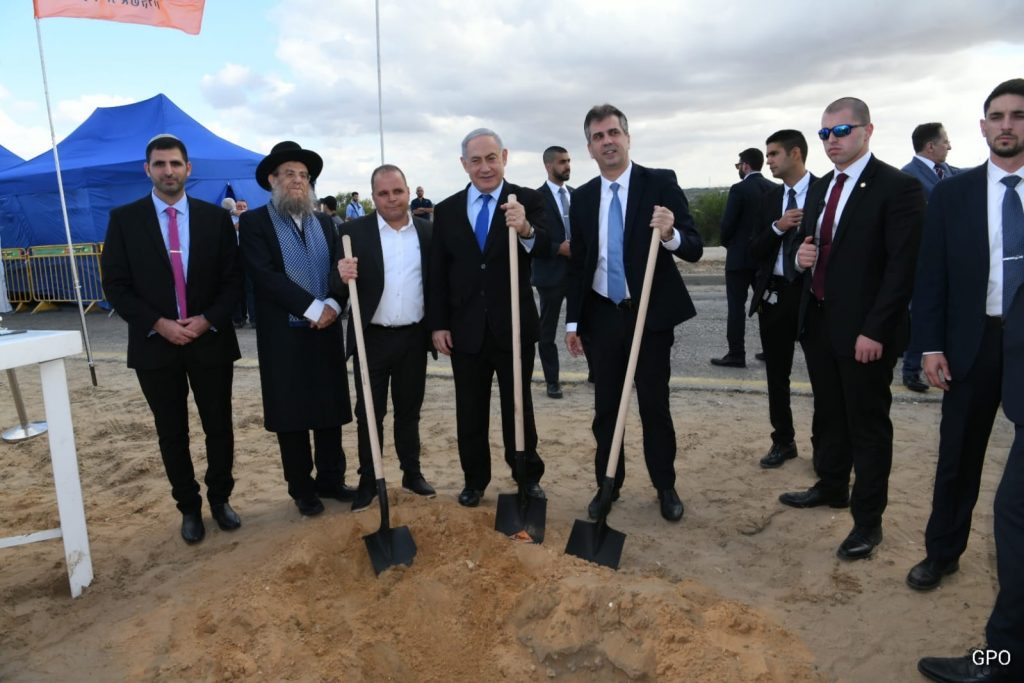 Prime Minister Binyamin Netanyahu indicated on Monday that U.S. President Donald Trump would not oppose annexation of the Jordan Valley by Israel.

“I spoke yesterday with President Trump, a very important conversation for Israel’s security,” PM Netanyahu said on Monday at a groundbreaking ceremony for 12 new factories to be built in Ashkelon’s industrial zone.

“We talked about Iran, but we also talked at length about historic opportunities that stand before us in the coming months — among them are [establishing] the Jordan Valley as the recognized eastern border of the State of Israel, as well as a defense treaty with the United States. Things we could only dream of, but now we have the opportunity to realize them.

“That’s why I’ve made Benny Gantz an offer — let’s realize these historic opportunities in a unity government that we establish right now in the format I’ve suggested. I’ve gone very far [in political concessions] toward this goal, because we must realize these opportunities.”

A White House email statement quoted by Reuters made no mention of the Jordan Valley: “The leaders discussed the threat from Iran, as well as other critical bilateral and regional issues,” was all it said.

The reaction from the Blue and White party was dismissive on both counts.

Earlier in the day, it ridiculed a proposal by the Likud that a unity government that would include Benny Gantz would see Netanyahu remain on as prime minister for six months – to give him an opportunity to annex the Jordan Valley. The idea was proposed to Blue and White leaders in recent days, Yisrael Hayom reported.

“Netanyahu was prime minister for 14 years, and now all of a sudden he decided it’s important to annex the Jordan Valley,” Blue and White number two Yair Lapid wrote in a social media message. “This is a new ‘spin’ by Netanyahu – now he needs five months to accomplish this. What was holding him back for the more than a decade that he was in power? We can do this in a little bit longer time under Benny Gantz.” Other Blue and White MKs made comments in a similar vein.

Regarding a defense pact with the U.S., Blue and White chairman Benny Gantz said he is against it.

“Blue and White under my leadership will not support an international agreement that limits Israel’s freedom of action and the ability of the IDF to defend the country from the threats it faces,” Gantz tweeted.

“I feel profound appreciation for our strategic relationship with the United States, an ally that shares our values and interests,” Gantz wrote, and then proceeded to hammer at its proponent.

“There’s cause for grave concern that a prime minister who’s now thinking only about himself will tie the hands of our security forces, despite the longstanding opposition of the defense establishment.”