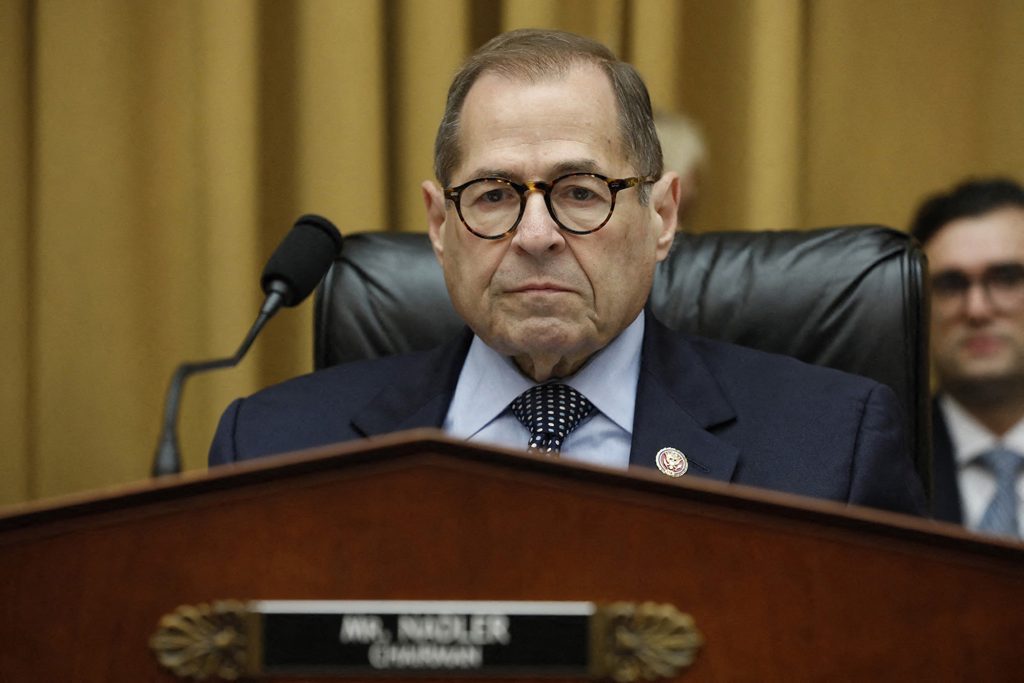 Four experts on presidential impeachment will fill the witness table during the House Judiciary Committee’s opening hearing of historic proceedings to determine whether President Donald Trump should be impeached.

Judiciary Chairman Jerrold Nadler is depicting Wednesday’s session as an opportunity to discuss the historical and constitutional basis of impeachment, and whether Trump’s alleged actions warrant pressing forward with possible articles of impeachment.

Feldman, Karlan and Gerhardt are being called to testify by Democrats, while Turley was selected by the committee’s Republican members. Feldman is a Bloomberg Opinion columnist.

Trump’s White House counsel, Pat Cipollone, has rejected an invitation to take part in the hearing, while leaving open the possibility that the White House would mount a defense in future proceedings.

By the opening of the hearing, Nadler and the Judiciary panel expect to have the final report and recommendations from the House Intelligence Committee based on weeks of closed depositions and public hearings on Trump’s conduct in his interactions with Ukraine.

In a letter to Trump last week, Nadler previewed the conclusions of that report, based on weeks of depositions and hearings, saying it will describe an “effort in which President Trump again sought foreign interference in our elections for his personal and political benefit at the expense of our national interest.”

It also will allege “an unprecedented campaign of obstruction in an effort to prevent the committees from obtaining evidence and testimony,” the New York Democrat wrote.

Cipollone criticized the panel for demanding a response from Trump before any witnesses have been named or a schedule for other hearings has been set. He said the entire process has been unfair to the president.

“We cannot fairly be expected to participate in a hearing while the witnesses are yet to be named and while it remains unclear whether the Judiciary Committee will afford the president a fair process through additional hearings,” Cipollone wrote in his response to Nadler.

Under the rules adopted by the House, the president’s lawyers have the ability to offer evidence and ask for their own witnesses, though the rules also allow the committee’s majority Democrats to reject those requests on some grounds.

Republicans on the panel led by Rep. Doug Collins of Georgia will be on hand to ask questions of the witnesses, regardless of whether the White House decides to participate.

The short witness list illustrates the time pressure on Democrats trying to move ahead with a vote on articles of impeachment by the time Congress is scheduled to break for the holidays on Dec. 20.

In the impeachment of then-President Bill Clinton in 1998, the Judiciary Committee heard testimony from 19 experts on the history of impeachment, according to the Congressional Research Service.

“We expect to discuss the constitutional framework through which the House may analyze the evidence gathered in the present inquiry,” Nadler wrote in his letter to Trump last week. “We will also discuss whether your alleged actions warrant the House’s exercising its authority to adopt articles of impeachment.”