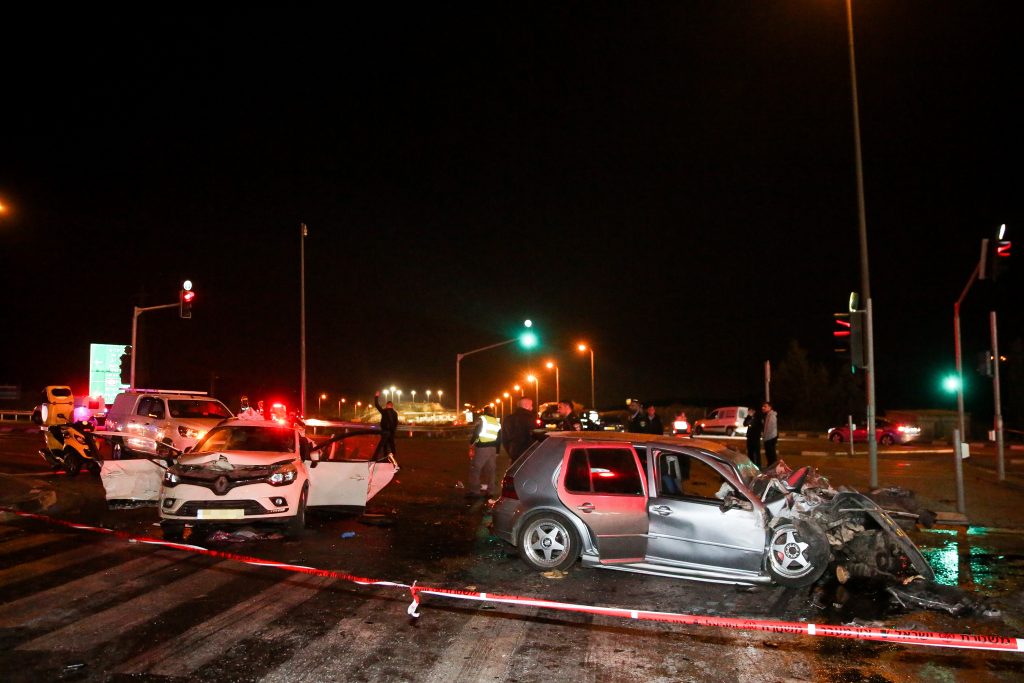 In a fatal accident late on Motzoei Shabbos, a mother and her three-week-old baby from Neve Tzuf were killed.

On Route 443, next to Givat Ze’ev, near Yerushalayim, a speeding car crashed into another vehicle from behind, also hitting several other cars.

Mrs. Tzipi Rimel, a”h, the 34-year-old mother who died in the crash, is originally from Chicago, as is the rest of her family. The three-week-old was named Noam Rachel.

Her 12-year-old son, Itay, was critically injured, and her husband Efraim was seriously wounded. They were taken to Shaare Zedek hospital in Yerushalayim along with the 18-year-old driver who hit them, and who suffered moderate to serious wounds.

An MDA senior medic said that the crash left both vehicles “very crushed and disassembled” with the wounded “trapped inside.” According to police reports, the driver that crashed into the family’s vehicle was driving well over the speed limit at about 150 kmh (93 mph).

As soon as the disaster became known, professionals in the Neve Tzuf council contacted the family together with the local emergency team in Neve Tzuf.

A spokesperson for Neve Tzuf said: “The Rimel family has lived in the community for many years and is loved by all who know them. Tzippi was an amazing person, full of love, benevolence and care for every human. She was very involved in the community. She worked as an English teacher at the local school, and the couple were in the past youth coordinators in the community and emissaries to the Jewish community of Chicago. Their little daughter, Noam Rachel, who was born three weeks ago, had brought joy to the family.

“The disaster is hard to comprehend. The whole community is in grief, and stand with the family. We ask for tefillot and acts of kindness today for the recovery of the family father and the son Itay.”

The levayah will be held on Sunday afternoon, from the  main shul in Neve Tzuf, to the local cemetery.

All are asked to daven for the complete recovery of the father, Moshe Efraim Tzvi ben Shulamit, and the son Itay Yaakov ben Tziporah, among all the ill of Klal Yisrael.