World Iraq PM Says He Will Quit After Cleric’s Call, But Violence Rages On
World 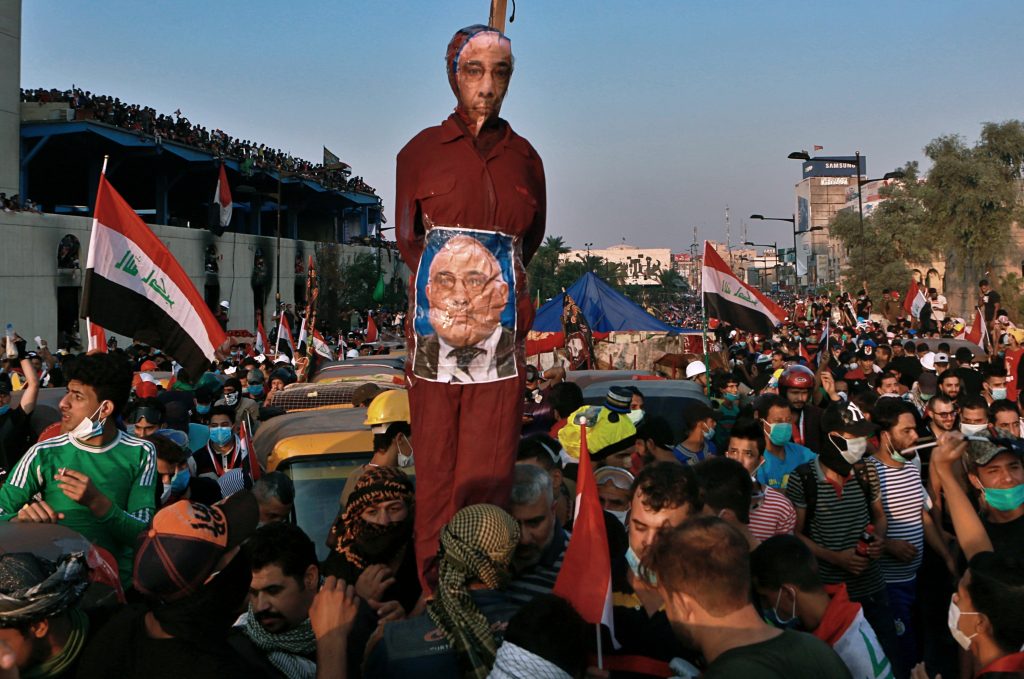 The move was the latest twist in an unprecedented crisis for war-weary Iraq, which has struggled to recover from decades of conflict, civil unrest and sanctions.

Young, unemployed and unarmed protesters have led calls for a rehaul of a political system they say is endemically corrupt and serves foreign powers, especially Baghdad’s ally Tehran.

The departure of Abdul Mahdi could be a blow for Iranian influence after Iran’s militia allies and its own commanders intervened last month to keep the premier in place despite mass anti-government unrest.

Iraq’s biggest unrest for years pits protesters from Shiite heartlands in Baghdad and the south against a corrupt Shiite-dominated ruling elite seen as pawns of Iran.

Iraq’s current political class is drawn mainly from powerful Shiite politicians, clerics and paramilitary leaders including many who lived in exile before a U.S.-led invasion overthrew Sunni dictator Saddam Hussein in 2003 – including Abdul Mahdi.

“In response to this (the cleric’s) call, and in order to facilitate it as quickly as possible, I will present to parliament a demand (to accept) my resignation from the leadership of the current government,” a statement signed by Abdul Mahdi said.

The statement did not say when he would resign. Parliament is to convene an emergency session on Sunday to discuss the crisis.

Iraqi protesters celebrated the imminent departure of Abdul Mahdi, but said they would not stop their demonstrations until the whole of the political class was removed. Violence continued in southern Iraq.

“Abdul Mahdi’s resignation is just the beginning. We’ll stay in the streets until the entire government has gone, and all the rest of the corrupt politicians,” said Mustafa Hafidh, a protester at Baghdad’s Tahrir Square.

“It’s not enough,” said Ali al-Sayeda, another demonstrator. “We need them all out, root and branch. We can’t let up the pressure.”

Iraqi forces have killed nearly 400 demonstrators since mass anti-government protests broke out on Oct. 1. More than a dozen members of the security forces have also died in clashes.

The burning of Iran’s consulate in Najaf on Wednesday escalated violence and drew a brutal response from security forces who shot dead more than 60 people nationwide on Thursday.

Sistani, who only weighs in on politics in times of crisis and wields huge influence over public opinion, on Friday warned against an explosion of civil strife and tyranny. He urged government forces to stop killing protesters and protesters themselves to reject all violence.

The government “appears to have been unable to deal with the events of the past two months … parliament, from which the current government emerged, must reconsider its choices and do what’s in the interest of Iraq,” a representative of Sistani said in a broadcast sermon.

Protesters “must not allow peaceful demonstrations to be turned into attacks on property or people,” he said.

Wednesday’s attack on the Iranian consulate in Najaf set off a sharp escalation of violence.

On Thursday, security forces shot dead 46 people in another southern city, Nassiriya, 18 in Najaf and four in Baghdad, bringing the death toll from weeks of unrest to at least 417, most of them unarmed protesters, according to a Reuters tally from medical and police sources.

Clashes between protesters and security forces broke out early on Friday in Nassiriya, killing three people and wounding several others, hospital sources said.

Iraq’s “enemies and their apparatuses are trying to sow chaos and infighting to return the country to the age of dictatorship,” Sistani said. “Everyone must work together to thwart that opportunity.”