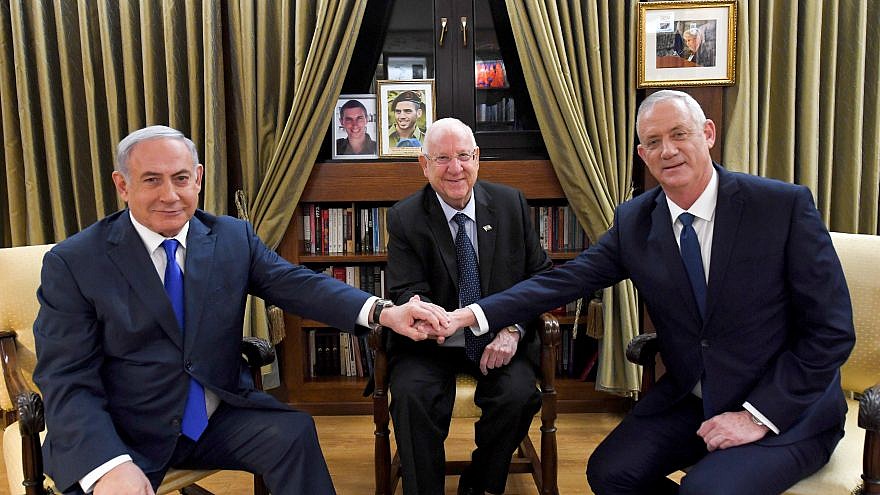 Leaders of the 2 leading parties in Israel remain at a stalemate after extended talks into the evening.

Prime Minister Benjamin Netanyahu of Likud and Blue and White leader Benny Gantz what has been described as a dramatic meeting on Tuesday night, just 26 hours before the expiration of Gantz’s mandate to form a government.

Following the meeting, Prime Minister Benjamin Netanyahu released a statement saying, “these are the final moments of a historic decision, one that will affect the nation’s security and its future.”

“Unfortunately, today I realized in a meeting with Gantz that he was rejecting the president’s proposal and ignoring the will of most of the nation’s citizens, who want to see us form a broad national unity government together.”

“Gantz intends to form a minority government,” he continued, “that relies on the support of the joint Arab list.”

“Tomorrow, the Prime Minister will attempt once again to establish a unity government with Avigdor Liberman, with the goal of avoiding new elections or a minority government which is a threat to Israel.”

Gantz countered that “I have said time and time again that Israel needs a broad and liberal unity government, consisting primarily of the two major parties and led by Blue and White.”

Gantz once again insisted that “a government whose founding lines will be set on the basis of the major parties and therefore cannot be built on the basis of one sectorial block or another.”

“A third round of elections is a bad thing,” Gantz said, “but basic principles and basic values cannot be waived. We will continue to make every effort and turn over every stone in order to try and reach understandings and form a government, even in the remaining time, in order to prevent costly and unnecessary elections.”