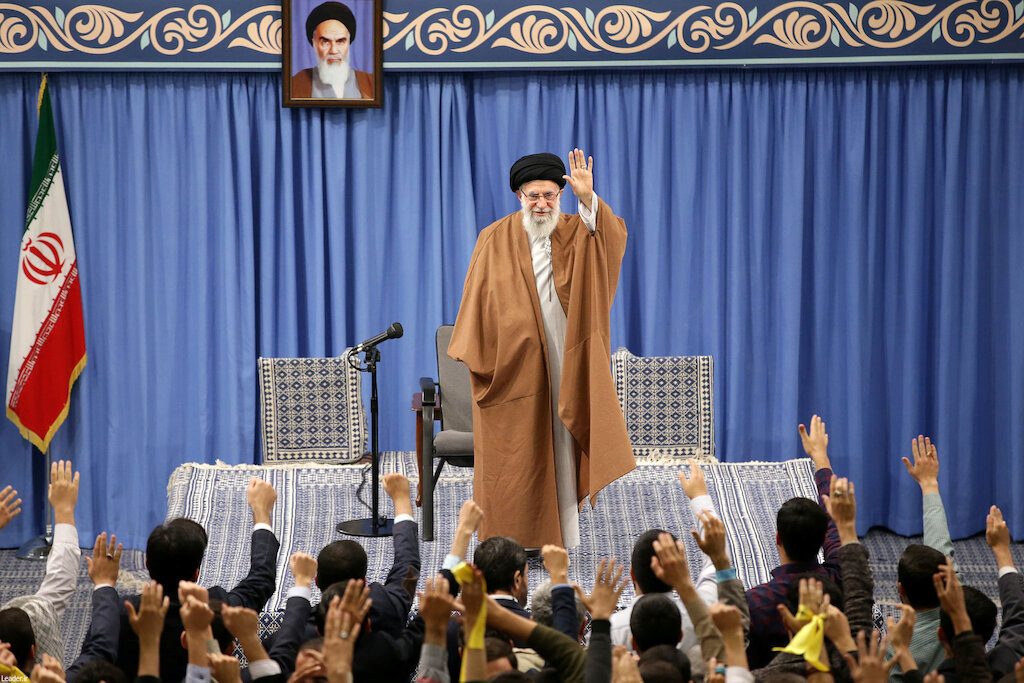 Iran will not lift its ban on talks with the United States, Supreme Leader Ayatollah Ali Khamenei said on Sunday, describing the two countries as implacable foes on the eve of the 40th anniversary of the seizure of the U.S. embassy in Tehran.

“One way to block America’s political infiltration is to ban any talks with America. It means Iran will not yield to America’s pressure,” Khamenei, who is Iran‘s top authority, was quoted by state media as saying.

“Those who believe that negotiations with the enemy will solve our problems are 100% wrong.”

Relations between the two foes have reached a crisis over the past year after President Donald Trump abandoned a 2015 pact between Iran and world powers under which Tehran accepted curbs to its nuclear program in return for lifting sanctions.

Washington has reimposed sanctions aimed at halting all Iranian oil exports, saying it seeks to force Iran to negotiate to reach a wider deal. Khamenei has banned Iranian officials from holding such talks unless the United States returns to the nuclear deal and lifts all sanctions.

The anniversary of the seizure of the U.S. Embassy shortly after Iran‘s 1979 Islamic Revolution is marked in Iran with annual demonstrations of crowds chanting “Death to America” across the country.

The embassy capture cemented the hostility between the two countries and has remained a central fact in Middle East geopolitics and an important part of Iran‘s national ideology. Iran, which accused the United States of supporting brutal policies of its ousted Shah, held 52 Americans for 444 days at the embassy, which it called the Den of Spies.

“The U.S. has not changed since decades ago … it continues the same aggressive, vicious behavior and the same international dictatorship,” Khamenei said. “Iran has a firm, iron will. It will not let America return to Iran.”

Washington’s European allies have opposed the Trump administration’s decision to abandon the nuclear pact. Iran responded to U.S. sanctions by gradually scaling back its commitments under the nuclear agreement and has said it could take further steps in November.

Khamenei poured scorn on French President Emmanuel Macron for trying to promote talks between the foes. Macron tried to arrange a failed meeting between Trump and Iranian President Hassan Rouhani on the sidelines of the U.N. General Assembly in New York in September.

“The French president, who says a meeting will end all the problems between Tehran and America, is either naive or complicit with America,” Khamenei said in remarks reported by state media.