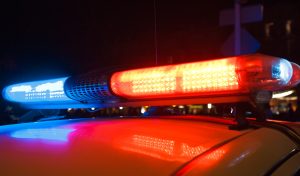 A group of men in a car went around Boro Park menacing Jews late Friday night, and in at least one case committed an assault.

Around 12:20 a.m. at the corner of New Utrecht and 53rd St., the men emerged from an Audi sedan, and briefly chased after two Jewish boys, before returning to their car.

Shortly thereafter, as the same car passed two Jews walking near the Bobover beis medrash on 15th Ave. and 48th Street, a perpetrator reached out the window and punched one of them.

Soon after that crime, the group again got out of their car, at 14th Avenue and 51st Street, and chased after a Jewish man walking down the street, before quickly returning to the car.

The same night, at 14th Ave. and 55th Street, the same car approached a 16-year-old boy, and one occupant tried to get him to come to the car. The boy fled, and the occupant chased him.

NYPD Chief of Detectives Dermot Shea says that in one the incidents, “there was anti-Semitic language used.”

In a statement to Hamodia, the NYPD said, “We will never tolerate hate in our city in any form. The NYPD has the largest Hate Crime Task Force in the country comprised of the best hate crime investigators that work tirelessly with our patrol officers, detective squads and community leaders to vigorously investigate every reported hate crime. We urge anyone who has been the victim of a crime to file a police report so we can perform a comprehensive investigation, and offer support.”