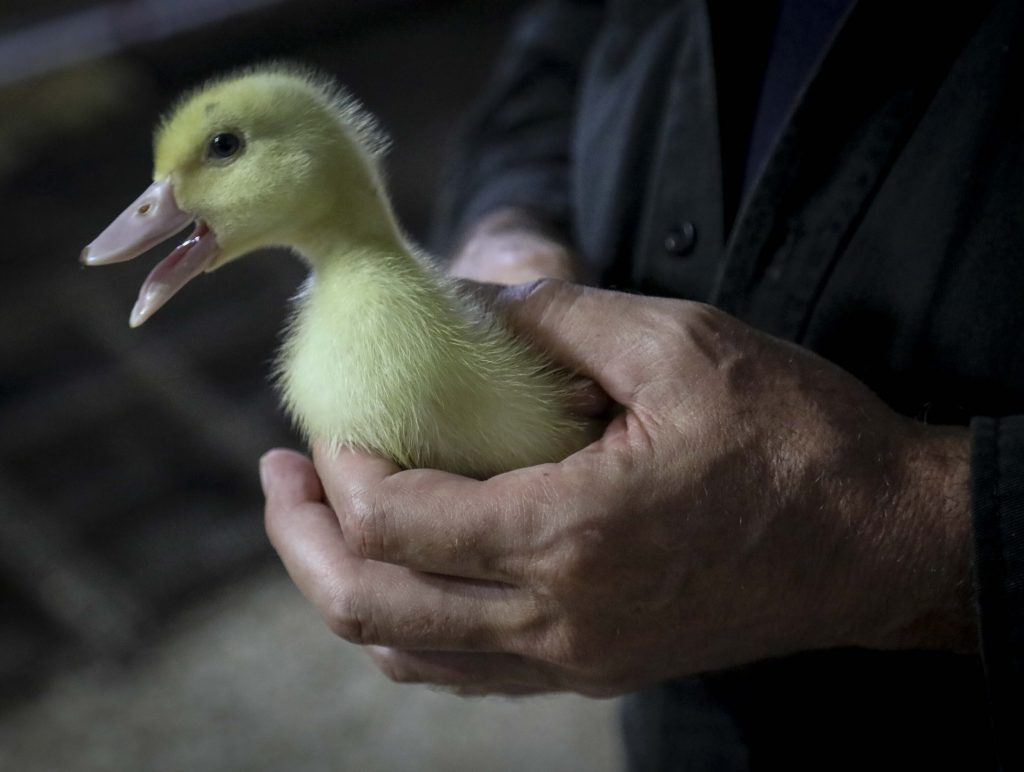 New York City lawmakers on Wednesday passed a bill that bans restaurants and grocery stores from selling foie gras, the fattened liver of a duck or goose considered a culinary delicacy for centuries.

The bill, which is expected to be signed by Mayor Bill de Blasio, would forbid the sale of the French specialty starting in 2022.

Animal welfare activists had campaigned for a ban on the grounds that the methods used to produce foie gras are cruel, involving force-feeding a bird a corn-based mixture through a tube slipped down its throat.

Farmers who produce foie gras — meaning fatty liver in French — say the birds are treated humanely and don’t suffer during the fattening process.

The council vote was 42-6 for the final version of the bill that calls for a fine of up to $2,000 for each violation.

With about 1,000 New York restaurants offering foie gras, top chefs did not take kindly to the news.

“This is idiocracy,” tweeted famous chef David Chan, adding, “Stupid short sighted and a misunderstanding of the situation.”

“I think a ban on foie gras is ridiculous,” said Ken Oringer, an award-winning chef whose restaurant serves a variety of foie gras dishes. “Food choice is everything and the beauty of our country is that we can make the choice to eat what we want to eat.”

He said he supports producers of foie gras in the Catskill Mountains about two hours north of the city.

“I have been to their farms and they operate with the utmost integrity to their farm animals,” the chef said.

The 200-acre Hudson Valley Foie Gras and the smaller La Belle Farm collectively raise about 350,000 birds for foie gras a year in a process that fattens the bird’s liver up to 10 times its normal size. The resulting fatty livers connoisseurs say are as silken and rich as butter bring in $15 million a year — about a third going to New York City. Each liver retails for as much as $125.

The two farms had already lost the California market that represented another third of their sales.

California banned the sale of foie gras in 2012. That law was challenged in federal court, but an appeals court eventually upheld it. Chicago banned foie gras in 2006; the ordinance was repealed two years later.

“We will not let this restriction on New Yorkers’ freedom of choice go unchallenged in the courts, and we intend to file a lawsuit,” Henley said. He did not say exactly when legal action would be taken.

The New York City ban could mean trouble for the two farms that are premier U.S. producers of foie gras, with New York as their prime market. The farms employ about 400 mostly immigrant workers whose jobs could be in jeopardy due to the loss of city business, in addition to area farmers growing corn for the feed and vendors selling other supplies.

Ariane Daguin, whose New Jersey-based company, D’Artagnan, is the main U.S. distributor for the two farms’ product, said the ban was approved on a false premise — “that the process is inhumane.”

“Not one council member has made any effort to learn about this process and all have refused to visit the farms to understand the process first-hand,” Daguin said. “This vote is not constitutional and council members have been wrongly influenced by animal activists who are financing their political campaigns.”

Matthew Dominguez, an advisor to the Voters for Animal Rights nonprofit that opposes foie gras production, countered that group supporters “applaud the city council for relegating the barbaric practice of force-feeding innocent ducks for foie gras to the history books.”