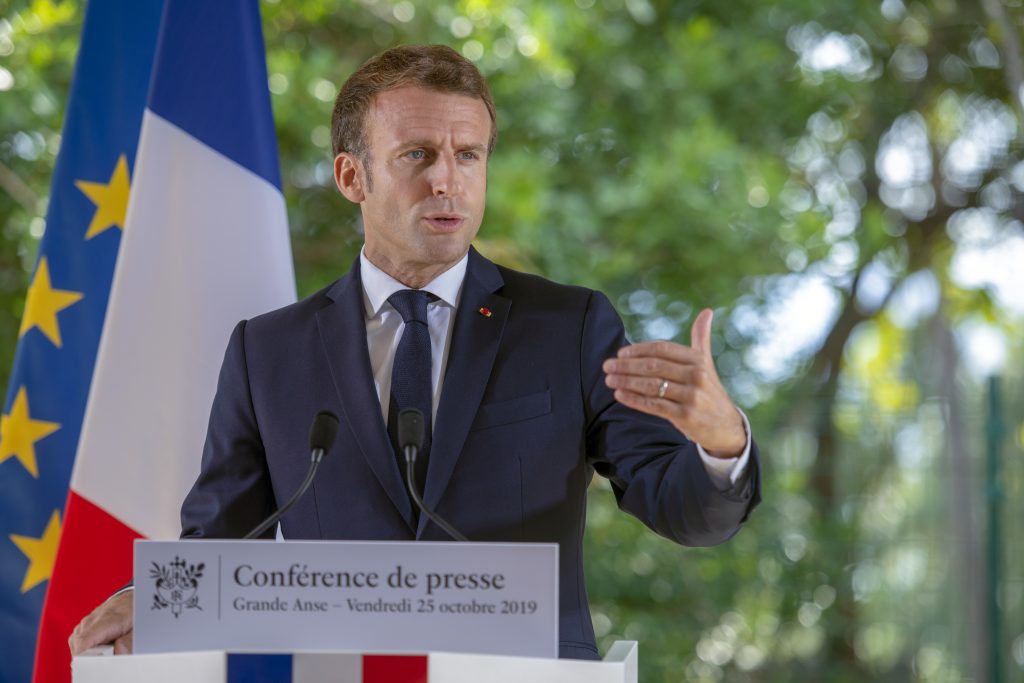 French President Emmanuel Macron has given a speech inaugurating the European Judaism Center in Paris.

The 5,000-square-meter (53,820-square-foot) space that was opened Tuesday is a place of exchange and boasts a synagogue with 600 seats and an exhibition center.

Macron said “this center is an act of faith in the future.”

It comes as part of a broader fight against rising anti-Semitism in France, the country with the largest Jewish population in Western Europe and one with a painful story for Jews during the Holocaust.

The center took over a decade to realize and was also given impetus because of extremist attacks in France, such as the killings at a Jewish school in Toulouse in 2012 and a hostage-taking at a Jewish supermarket in Paris in 2015.