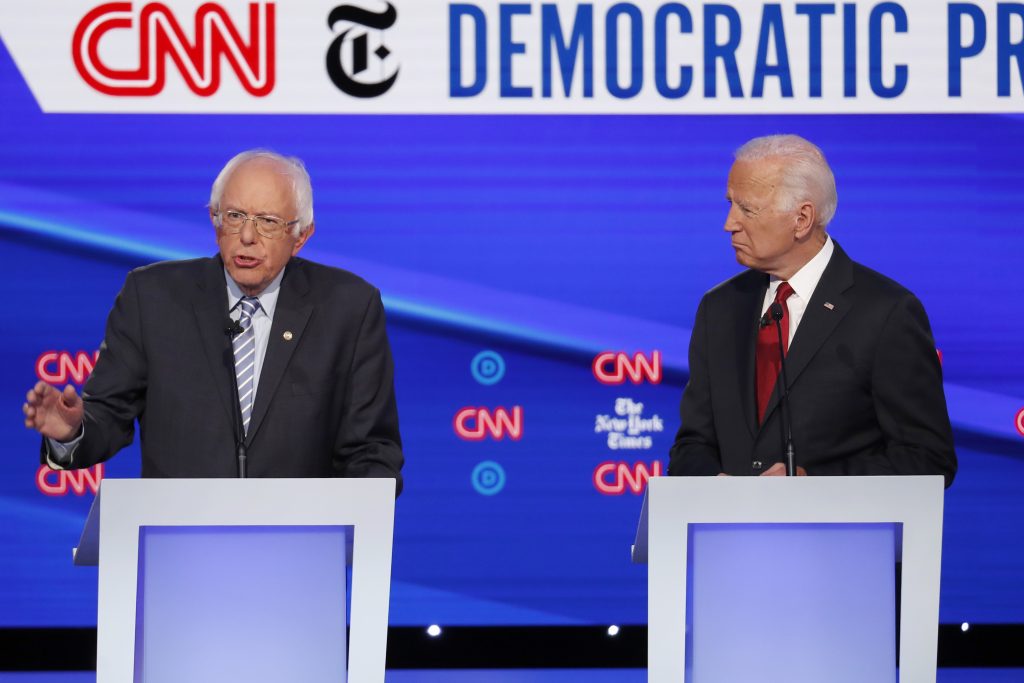 Democratic presidential contenders defended the congressional impeachment inquiry of President Donald Trump during a debate on Tuesday, saying Trump needed to be held accountable for his actions and for stonewalling Congress on its probe.

The Democratic-led probe focuses on Trump’s efforts to pressure Ukraine to investigate his unsubstantiated allegation that Joe Biden, a leading Democratic contender and the former vice president, improperly tried to aid his son Hunter’s business interests in Ukraine.

Biden and Senator Bernie Sanders both said during the opening minutes of the party’s fourth debate that Trump was “the most corrupt president in history,” and Congress would be remiss if it did not pursue the impeachment probe.

“Impeachment is the way that we establish that this man will not be permitted to break the law over and over without consequences,” Senator Elizabeth Warren said.

Pete Buttigieg, the mayor of South Bend, Indiana, said “the president had left Congress with no choice.” But some Democrats warned that the party should bring Americans on board to support the probe.

“We have to conduct this process in a way that is honorable,” said Senator Cory Booker.

The dozen candidates cramming the debate stage in the electoral battleground state of Ohio made for the most crowded debate so far in the Democratic race to pick a challenger to Trump in the November 2020 election.

The 10 candidates who took part in last month’s third debate in Texas all qualified for Tuesday’s event, along with Representative Tulsi Gabbard and Tom Steyer, a billionaire activist who is making his first debate appearance.

The debate comes at a critical time, as Biden has seen his once solid lead in opinion polls in the Democratic race diminished by Warren, a leader of the party’s progressive movement, who has steadily risen over the past two months.

It also comes as all the Democratic contenders fight to be heard through the din of impeachment news, with less than four months remaining until the first nominating contest in Iowa on Feb. 3, 2020.