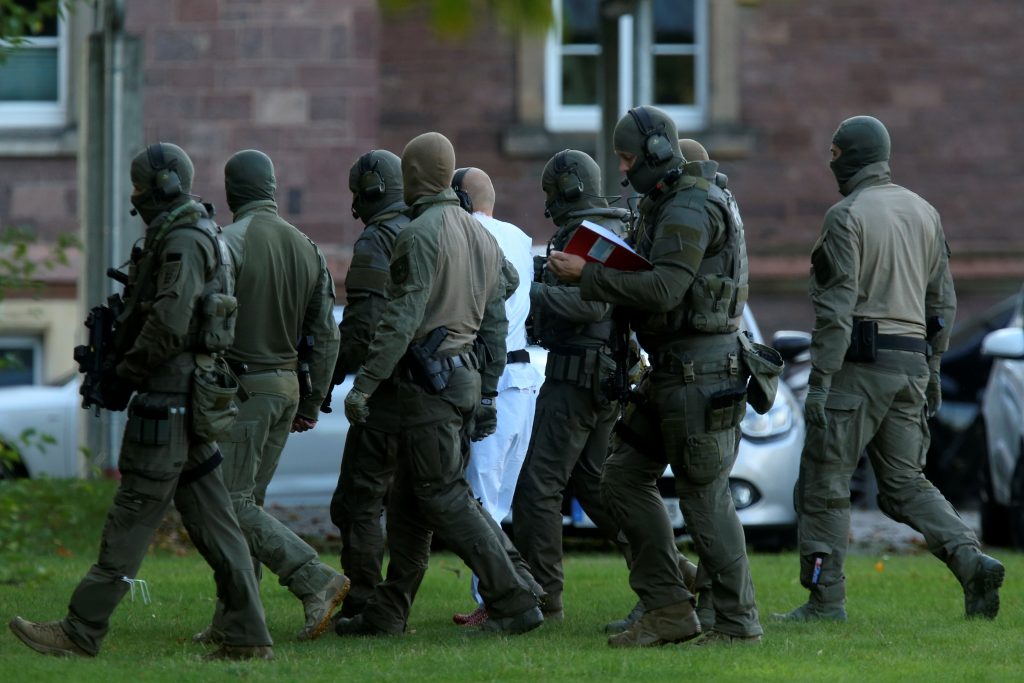 The man accused of killing two people in a shooting near a synagogue in the eastern German city of Halle has admitted his crime and having an anti-Semitic motive, Germany’s federal prosecutor’s office said on Friday, confirming media reports.

Stephan B., who published an openly racist and anti-Semitic manifesto and live-streamed the shooting on Wednesday, Yom Kippur, gave a detailed account of the incident to a judge at Germany’s federal court of justice.

Before the 27-year-old gunman began shooting on Wednesday, he also broadcast an anti-Semitic manifesto online.

The video circulating online showed a young man with a shaven head reciting a short statement in broken English to a camera while sitting in a parked car.

“I think the Holocaust never happened,” he began, before mentioning mass immigration and concluding: “The root of all these problems is the Jew.”

In the video, the man drove to the synagogue, found the gates shut, and after failing to force the gates open, shot several rounds into a woman passer-by.