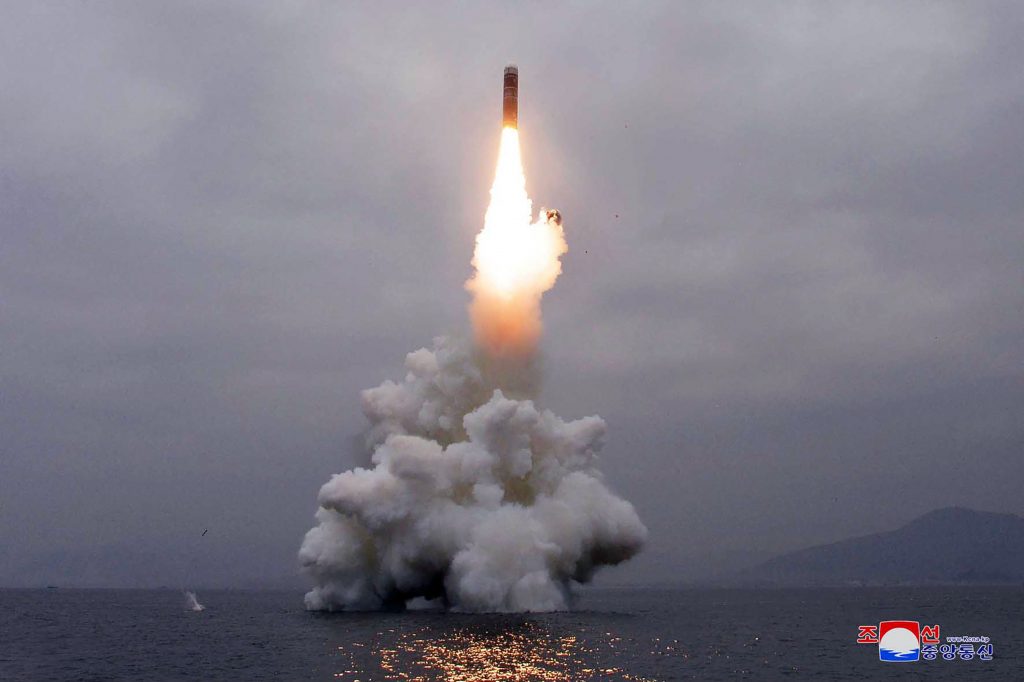 North Korea issued a veiled warning on Thursday that it could eventually end a freeze in long-range missile testing as it criticized a call by U.N. Security Council members for it to give up its nuclear weapons and denounced a recent U.S. missile test.

Five European members of the U.N. Security Council met on Tuesday to urge North Korea to take “concrete steps” toward giving up its nuclear weapon and ballistic missile programs in a complete, verifiable and irreversible manner.

That call came days after North Korea said it had test-fired a new submarine-launched ballistic missile, the latest in a series of missile tests since it resumed dialogue with the United States in 2018, and the break-off over the weekend of a round of talks in Sweden.

Despite the recent tests, Pyongyang has stuck to a freeze in testing of nuclear weapons and intercontinental ballistic missiles that has been in place since 2017 and allowed for three meetings between its leader Kim Jong Un and President Donald Trump since last year.

North Korea‘s Foreign Ministry raised questions about that restraint in a statement carried by the country’s official KCNA news agency. It referred to a U.S. test this month of a Minuteman III intercontinental ballistic missile, which it called an effort to exert pressure on North Korea.

“The DPRK can give tit for tat, but exercises restraint under the judgment that it does not need to take a counteraction and it is premature,” it said, using the acronym for the country’s official name, the Democratic People’s Republic of Korea.

“But there is a limit to the patience of the DPRK and there is no guarantee that all our patience would continue indefinitely,” it added.

The statement said there was “no justifiable reason” for the U.N. Security Council to take up an issue related to North Korea‘s self-defense and said the European countries had “acted at the instigation of the U.S.”

“The reality urges the DPRK to reconsider crucial preemptive measures taken by it for the building confidence in the U.S.,” it added.

The statement did not elaborate, but North Korean officials have previously referred to the freezing of nuclear and intercontinental ballistic missile tests, and the return of remains of U.S. soldiers killed in the 1950-1953 Korean War, as good-faith gestures to the United States that have not been reciprocated.

The statement followed a fresh round of nuclear talks between North Korea and the United States in Sweden which broke off on Saturday with Pyongyang blaming Washington for inflexibility.

While the United States says it brought “creative ideas” and “new initiatives” to the talks, the Foreign Ministry statement said Washington came with “an empty hand” and then “encouraged its satellites to release a statement critical of the DPRK.”

“We are now looking deep into what its intention was.”

Asked about the latest statement, a U.S. State Department spokesman repeated a call for the North Koreans “to refrain from provocations, abide by their obligations under U.N. Security Council Resolutions, and remain engaged in substantive and sustained negotiations.”

The U.S. State Department said at the weekend that it had accepted Sweden’s invitation to return for more discussions with North Korea in two weeks.

“The reality urges the DPRK to reconsider crucial preemptive measures taken by it in order to build confidence in the U.S.,” it added.

North Korea has not made clear whether it will attend and has reiterated a year-end deadline that Kim Jong Un set in April for the United States to show more flexibility in talks.

In April, Kim suggested that the deadlock in talks had made him question the testing moratorium that Trump has repeatedly held up as evidence of progress in their dialogue.