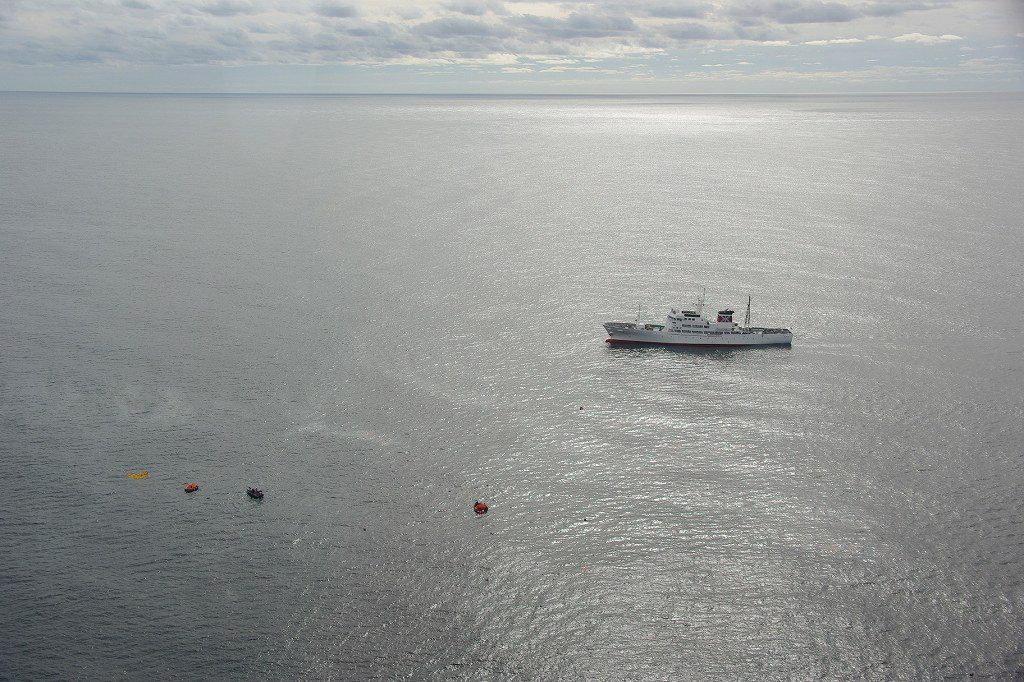 The Japan Coast Guard said on Monday it had rescued more than 20 crew members from a North Korean fishing vessel which collided with a Japanese Fisheries Agency patrol vessel that was chasing it out of Japan’s exclusive economic zone.

“We don’t know how many were on board in the first place, but we were informed that more than 20 were rescued. It appears probably no one else is left in the water,” a Japan Coast Guard official said.

Fisheries Agency officials said the Japanese patrol ship had no major damage and was able to move on its own.

The North Korean ship sank about half an hour after the collision, Japan’s coast guard said. It said some of its aircraft and vessels were headed to the area to join the search for the North Koreans.

The collision was in an area known as Yamatotai, off the northwestern coast of the Noto Peninsula.

The area is disputed between Japan and North Korea, which have no diplomatic ties. The two countries also have disputes over Japan’s 1910-1945 colonial rule of the Korean Peninsula, as well as North Korea’s nuclear and missile development and the issue of the North’s abduction of Japanese citizens in the 1970s and 1980s.

The North Korean boat had made an unauthorized entry into the Japanese exclusive economic zone and the collision occurred just as the Japanese patrol boat was warning it to move out, Kuwahara told reporters. He said officials are investigating how the two ships collided.

Japan has stepped up patrols in the area in recent years as North Korean poaching has surged. This year, ships from Japan’s Fisheries Agency and coast guard have been patrolling in the area since May, Kuwahara said.

Japanese fisheries patrols have issued nearly 500 expulsion orders to poachers, most of them from North Korea, between May and August this year, according to the Fisheries Agency.

Experts say the increase in North Korean poaching is due to the country’s campaign to boost fish harvests. The poachers are believed to be related to an influx of ghost boats that have washed onto Japan’s northern coast, fisheries officials have said.