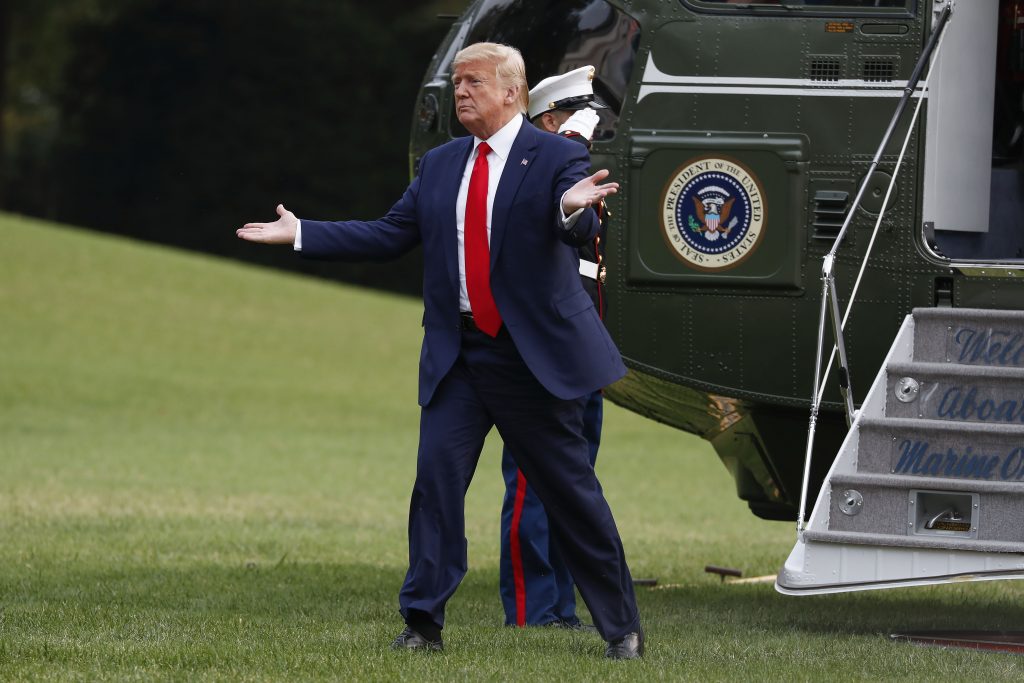 The White House is preparing to formally object to Democrats’ impeachment inquiry as soon as Friday, saying it won’t cooperate with the probe because it was initiated without a vote of the House.

The White House Counsel’s Office was preparing to send a letter to House Speaker Nancy Pelosi objecting to the form of the impeachment investigation, a person familiar with the matter said late Thursday, speaking on condition of anonymity as he or she was not authorized to discuss the letter before its dissemination.

Pelosi last week announced that the House was beginning the formal inquiry but she didn’t seek the consent of the full chamber, as was done for impeachment investigations into former Presidents Richard Nixon and Bill Clinton.

Rudy Giuliani, the president’s personal attorney, confirmed that the letter was forthcoming.

Trump allies have suggested for days that without a formal vote, the House is merely conducting standard oversight, entitling lawmakers to a lesser level of disclosure from the administration. The Justice Department raised similar arguments last month, though that was before Pelosi announced the impeachment investigation.

In a letter Thursday to House Minority Leader Kevin McCarthy, Pelosi argued, “There is no requirement under the Constitution, under House Rules, or House precedent that the whole House vote before proceeding with an impeachment inquiry.”

There’s no clear-cut procedure in the Constitution for launching an impeachment inquiry, leaving many of these questions about obstruction untested in court, said Allan Lichtman, a history professor at American University.

Democrats have sought to use their declared impeachment investigation to bolster their case to access all sorts of documents from the administration, most recently secret grand jury information that underpinned special counsel Robert Mueller’s report on Russian interference in the 2016 election. They have also threatened to use the administration’s refusal to turn over documents and make witnesses available in order to potentially form an article of impeachment over “obstruction” of the congressional inquiry.

Where courts have generally required congressional oversight requests to demonstrate a legitimate legislative purpose, impeachment requests could be wide-ranging.

It is unclear if Democrats would wade into a lengthy legal fight with the administration over documents and testimony – or if they would just move straight to considering articles of impeachment.

Pelosi has sought to avoid a vote on the impeachment probe for the same reason she resisted, for months, liberal calls to try to remove the president: It would force moderate House Democrats to make a politically risky vote.

The White House, meanwhile, is trying to force the question on Democrats, as it seeks to raise the political cost for their impeachment investigation and to animate the president’s supporters ahead of the 2020 election.