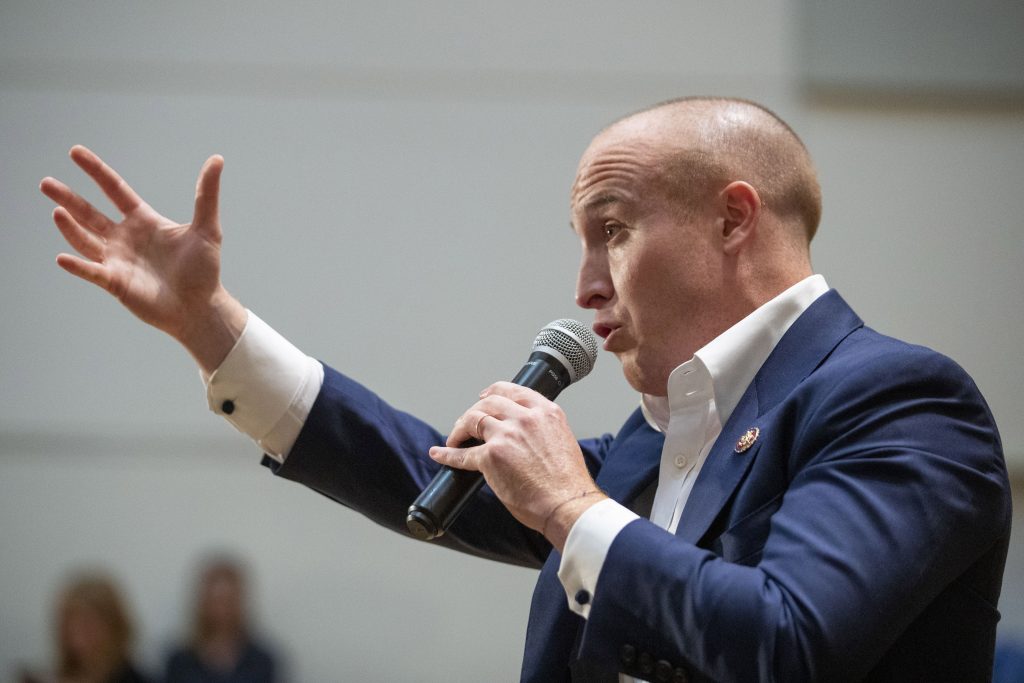 A Democratic congressman from New York who had not backed the impeachment inquiry against Republican President Donald Trump said Wednesday that he now supports the inquiry.

Rep. Max Rose of the New York City borough of Staten Island said he intends to “fully support the impeachment inquiry and follow the facts.” The first-term congressman who toppled a Republican incumbent had not previously expressed support for the inquiry announced last week by House Speaker Nancy Pelosi.

Rose told constituents at a town hall meeting that “the American people have a right to know if their president used the power of his or her office to get a foreign power to interfere in our election.”

Trump has denied any wrongdoing.

The district, which includes all of Staten Island and a slice of Brooklyn, is the only Congressional District in New York City that backed Trump in 2016. It is much whiter than the city as a whole and is home to many firefighters and police officers.

Rose has positioned himself as a pragmatic moderate since his upset victory, fulfilling a campaign promise to vote against Nancy Pelosi for House speaker and focusing on local issues like transportation and fighting opioid abuse.