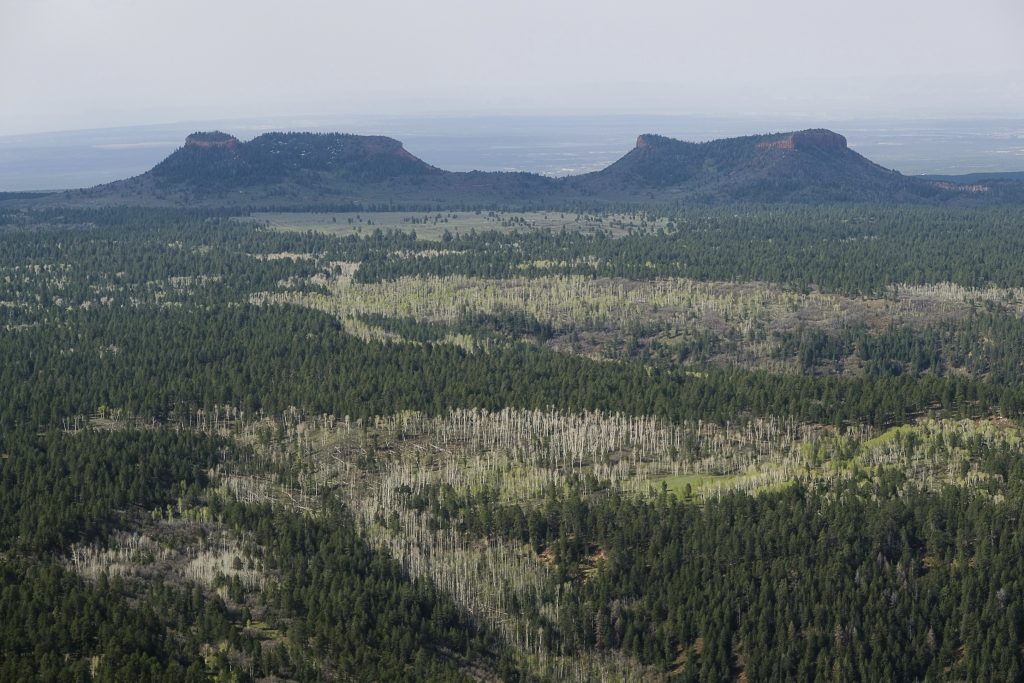 A federal judge has rejected the Trump administration’s bid to dismiss lawsuits challenging the constitutionality of a 2017 decision to downsize two sprawling national monuments in Utah.

Chutkan didn’t decide the key question at the core of the lawsuits: Does the Antiquities Act give presidents the power to create monuments as well as reduce them?

The government has already created new management plans for the downsized monuments. President Trump downsized Bears Ears by 85% and Grand Staircase by nearly half.

The lawsuits were filed by environmental organizations, tribal coalitions, an outdoor recreation company and a paleontology organization.

Those groups celebrated getting over an initial hurdle as they attempt to reverse decisions they say left sensitive lands and sites vulnerable to damage. Lands cut from the monuments are still under protections afforded to federal lands but are now open to oil and gas drilling and coal mining.

“We’re one day closer to overturning Trump’s unlawful order that attacks the Grand Staircase-Escalante and Bears Ears national monuments,” said Steve Bloch, legal director at the Southern Utah Wilderness Alliance conservation group, which is among the organizations mounting the legal challenge. “We’re one step closer to the day of reckoning.”

The Department of the Interior said in an emailed statement that it supports President Trump’s decisions and is confident the judge will side with the administration.

Government lawyers argued last year in the request to throw out the lawsuits that the groups lack standing and that the Antiquities Act clearly gives the president the power to modify monuments.

The president said he scaled back the size of the monuments to reverse misuse of the Antiquities Act by previous Democratic presidents that led to oversized monuments that hinder energy development, grazing and other uses.

His decision came after he ordered then-Interior Secretary Ryan Zinke to review 27 national monuments around the country. Zinke recommended shrinking two other monuments as well, but Trump has yet to take action.

A hearing has been scheduled for Oct. 7 in Washington, D.C., to discuss what comes next in the case. Judge Chutkan wants to make sure the groups that are suing have proper standing.

Bloch said the management plans unveiled this year for the monuments by the Bureau of Land Management will help in that regard by showing that the lands stripped from the monuments are in imminent danger.