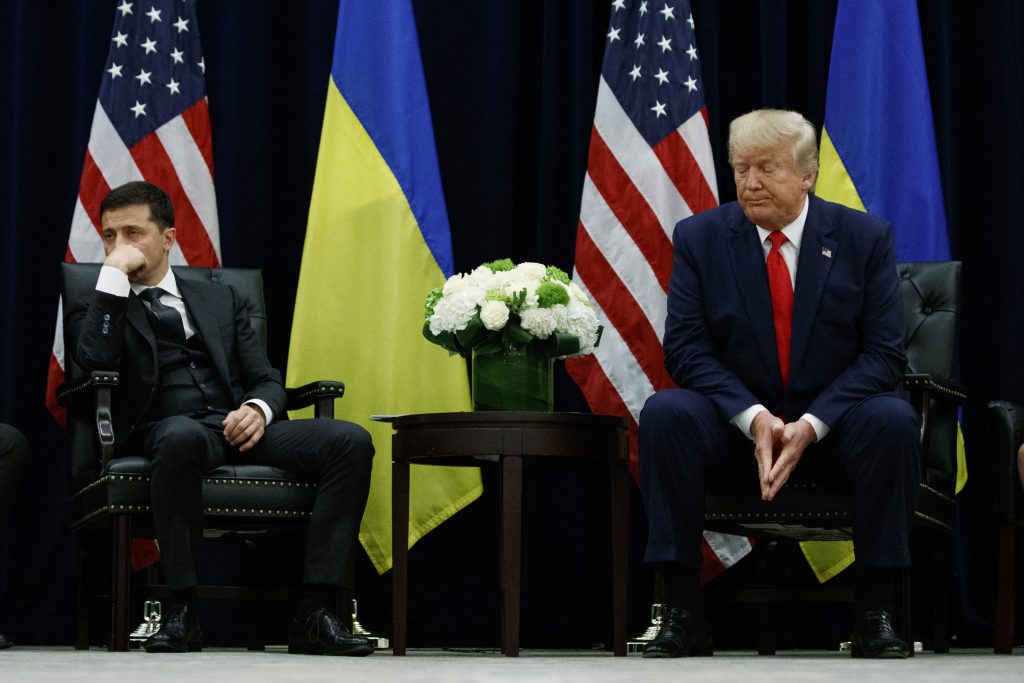 Ukrainian President Volodymyr Zelenskiy said that his comments in a conversation with President Donald Trump shouldn’t have been publicly released.

The White House published a rough transcript of Trump’s July 25 call with Zelenskiy on Thursday showing that Trump pressed Ukraine to “look into” his rival Biden. The call is now at the center of an impeachment probe.

Zelenskiy told reporters at the U.N. General Assembly in New York afterward that “I think such things, such conversations between heads of independent states, they shouldn’t be published.” But he also said he’s “not afraid” of the publication.

He said the Biden investigation is just one of “many cases that I talk about with leaders of other countries.”