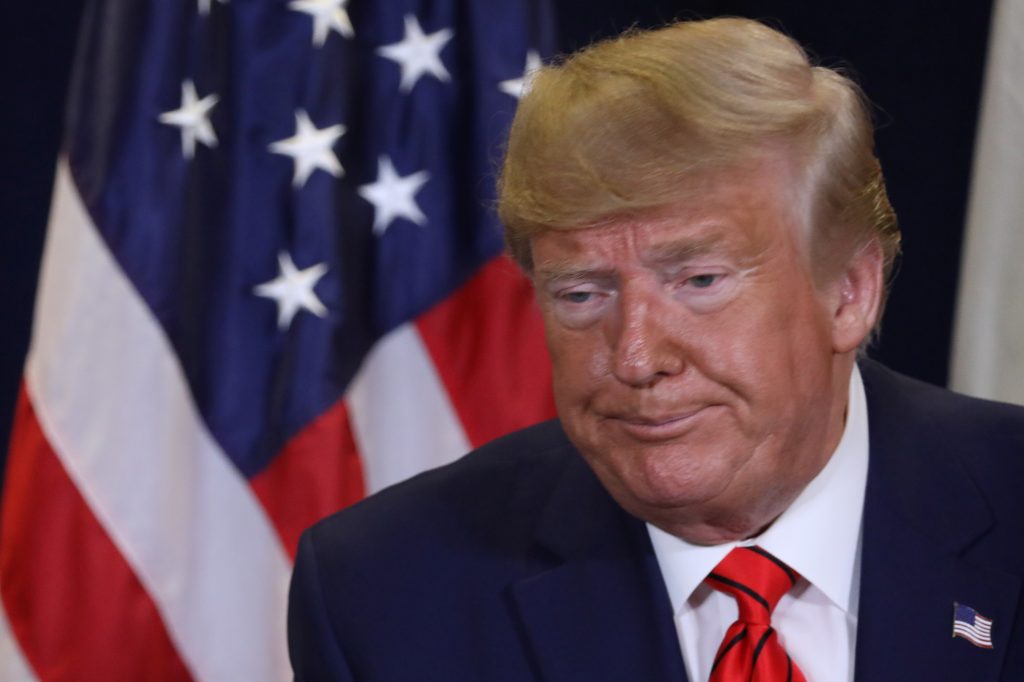 Democrats lined up in ever greater numbers Tuesday urging an impeachment probe of President Donald Trump, pushed to action by his phone call with Ukraine’s new leader and what Trump may or may not have said about corruption, frozen U.S. millions and Democratic rival Joe Biden. Trump said he would release a transcript of the call on Wednesday.

Attention focused on House Speaker Nancy Pelosi, who has resisted calls for an impeachment inquiry for months. But as more members of her caucus pressed for a probe — including crucial moderates in political swing districts — the speaker planned to huddle with her members late Tuesday afternoon. Advisers said she would make a statement on the path forward at 5 p.m. EDT.

In an appearance ahead of that meeting, Pelosi sidestepped questions about whether she believed Trump’s actions were impeachable, but she said it would be wrong for the president to ask a foreign leader for help investigating Biden, a leading contender for the Democratic presidential nomination.

“We don’t ask foreign governments to help us in our election,” Pelosi said.

An impeachment inquiry into a president in the middle of his reelection campaign is virtually certain to exacerbate the nation’s partisan divides. Trump has all but dared Democrats to take that step, confident that the specter of impeachment led by the opposition party would bolster his political support. Pelosi has shared that concern and has spent months trying to hold off liberals in her caucus pushing for impeachment.

At issue is a summer phone call Trump had with Ukraine’s president, which came to Congress’ attention through a whistleblower complaint. Trump has insisted he did nothing wrong in the call, but has suggested he raised Biden and his son Hunter as part of discussions over corruption in Ukraine — despite no evidence of wrongdoing on the part of either man.

Moments before Pelosi spoke, Trump tweeted that he had authorized the release on Wednesday of a transcript of the call.

“You will see it was a very friendly and totally appropriate call,” Trump said.

Lawyers from the White House counsel’s office and the Justice Department had been strongly pushing the president to release a copy of the transcript because they believe it will show he did not act improperly, a person familiar with the matter said. The president made the final decision Tuesday to authorize the release of the transcript.

The whistleblower’s complaint is said to include events that go beyond the phone call. Rep. Adam Schiff, the chairman of the House intelligence committee, said Tuesday that the whistleblower wants to speak with the panel and could testify as soon as this week.

Pelosi has been weighing several options in response to the whistleblower complaint, including a vote on some sort of statement of disapproval after the allegations against Trump. Another option would be to create a select committee to deepen the probes of the Trump administration.

House Judiciary Committee Chairman Jerrold Nadler has declared that his committee is already conducting impeachment hearings, but the panel has been unable to get many key witnesses and documents from the Trump administration.

Some Democrats have focused their outrage on the prospect that Trump offered a quid pro quo to Ukrainian President Volodymyr Zelenskiy — the release of $400 million in military aid in exchange for dirt on Biden. Trump personally ordered his staff to freeze the aid, which had been authorized by Congress, in the days before the phone call to Zelenskiy. But he has denied tying the money to information about his possible Democratic challenger or Biden’s son.

Trump has sought to implicate Biden and his son in the kind of corruption that has long plagued Ukraine. Hunter Biden served on the board of a Ukrainian gas company at the same time his father was leading the Obama administration’s diplomatic dealings with Kyiv. Though the timing raised concerns among anti-corruption advocates, there has been no evidence of wrongdoing by either the former vice president or his son.