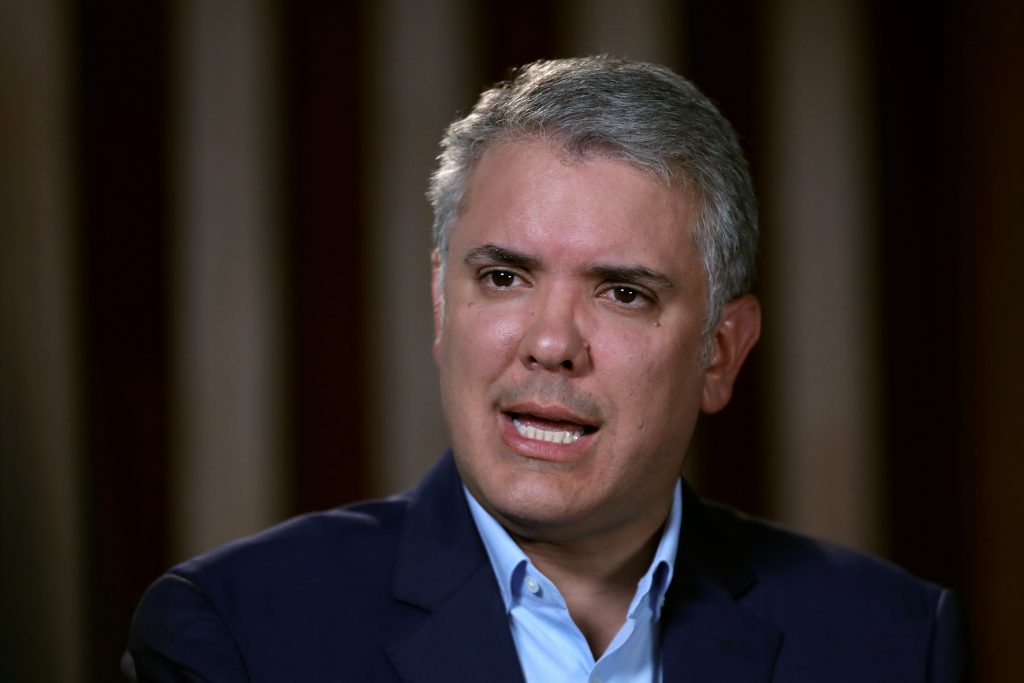 Duque, who accuses Maduro of providing a safe haven for Colombian rebel fighters from the now-demobilized FARC guerrilla group and the still-active ELN rebels, compared the Venezuelan leader to former Serbian President Slobodan Milosevic, who was put on trial for alleged war crimes in conflicts that destabilized the Balkans.

“We should look at communal sanctions and actions so that the threat of (Venezuela) protecting terrorism in its territory ends,” Duque told Reuters before traveling to the United Nations General Assembly meeting in New York.

“The international community must understand that the dictatorship has to come to an end soon because the humanitarian tragedy, in addition to the consolidation of a dictatorial regime that is coexisting with drug cartels and with terrorism, is a threat for the whole Western hemisphere and for the stability of the world.”

Maduro accuses Colombia of preparing to attack Venezuela, and has repeatedly warned of an invasion coordinated with the U.S. government.

Latin American countries could invoke the Inter-American Treaty of Reciprocal Assistance, known by its Spanish initials TIAR, against Maduro, Duque said. The treaty considers an attack on any of the signatories to be an attack on them all.

“The TIAR has been invoked many times and many times with success, but the invocation of it doesn’t necessarily have to refer in an explicit way to military actions,” Duque said. “What’s important first is coordinated action.”

Washington, which has levied several rounds of sanctions against Maduro’s government, has expressed hope that European nations will also impose sanctions in the coming months.

Most western nations consider Maduro illegitimate – saying he secured a second term last year via a fraudulent vote. Colombia is among the countries which back opposition leader Juan Guaido as Venezuela’s rightful leader.

Maduro says Guaido is a U.S. puppet seeking a coup.

Colombia stands ready to confront any attack by former members of the Revolutionary Armed Forces of Colombia (FARC)rebels, a group of whom recently rearmed, Duque said.

“When they decide to enter Colombian territory we’ll be here waiting with all of the strength of the armed forces,” Duque said. “You can never minimize an effort to defeat terrorism.”

Colombia has lately come under pressure from the Trump administration to reduce the cultivation of coca, the base ingredient in cocaine, which hit record levels in recent years.

But Duque said the fight to eradicate half of the more than 200,000 hectares of the plant by 2023 is his country’s own.

“The fight against drug trafficking is a fight of conviction, of principles, we don’t do it because of pressure from anyone,” he said.