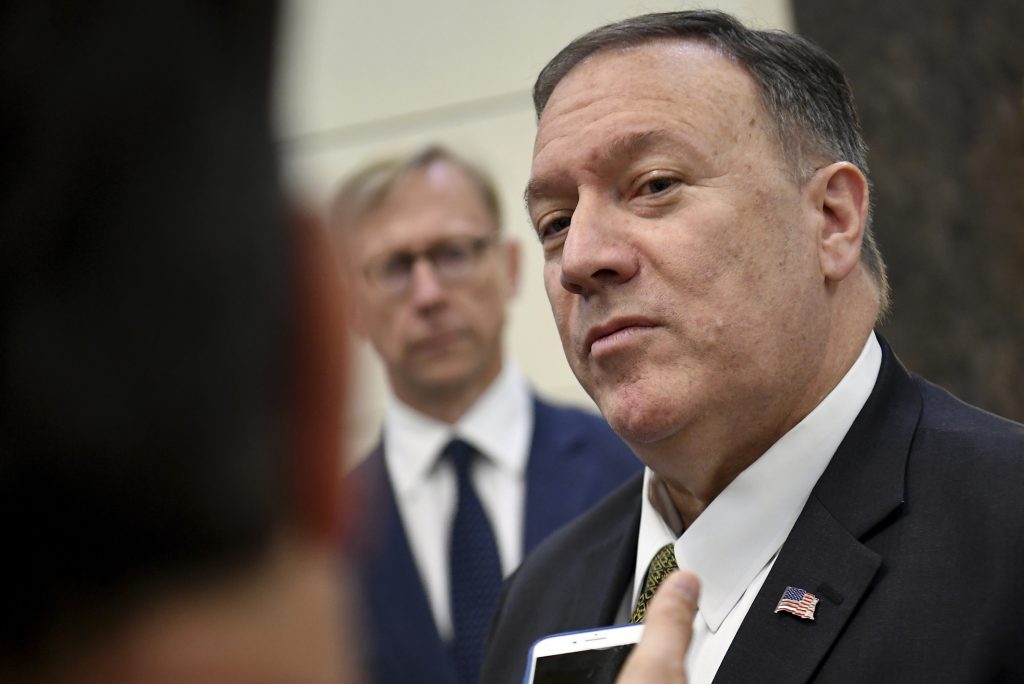 Washington is withholding another $60 million in additional aid, saying Ghani’s government has been neither transparent nor accountable in its public spending. The U.S. is also cutting off all financial assistance to the Afghan government’s Monitoring and Evaluation Committee, saying it’s not doing its job and “is incapable of being a partner in the international effort to build a better future for the Afghan people.”

After 18 years of war and more than $800 billion dollars spent in Afghanistan — the biggest chunk on security, including the cost of U.S. forces in Afghanistan — this is one of the rare times Washington has withdrawn money from the Afghan government, which is almost entirely dependent on international assistance.

“American taxpayers and the Afghan people can count on the United States to act when we see assistance funds misused,” Pompeo said in the statement.

Yet Washington’s own watchdog, Special Inspector General for Afghan Reconstruction John. F. Sopko, has pointed out in successive reports dating back nine years that there’s been hundreds of millions of dollars in missing U.S. money, corrupt contracts and wasteful spending.

Thursday’s announcement and punishing sanctions on Ghani’s government would also seem to be intended to reinforce Pompeo’s earlier call for “credible and transparent presidential election” when Afghans go to the polls Sept. 28.

The 2014 Afghan presidential election was marred by allegations of massive fraud, as was last year’s parliamentary vote.

When asked about the sanctions during a stop in the United Arab Emirates, Pompeo told reporters: “We’ve been very clear we want … free and fair elections. We’re going to do everything we can to support them … We need every actor in the region, every leader, every citizen in Afghanistan to work toward that end.”

Until President Donald Trump abruptly called off talks with the Taliban last week, which had been a year in the making, Afghan presidential elections did not seem likely despite Ghani’s relentless insistence that they be held. Other candidates for the country’s highest position had put their campaigns on hold after U.S. Peace Envoy Zalmay Khalilzad declared a U.S.-Taliban deal was all but done.

Ghani’s government had been mostly sidelined during negotiations. His national security adviser, Hamdullah Mohib, even went to Washington earlier this year to take personal swipes at Khalilzad, accusing him of “delegitimizing” the Afghan government and selling out Afghanistan. These comments to the press incurred Pompeo’s wrath, and the secretary of state made a statement in support of Khalilzad.

Following Mohib’s outbursts, U.S. Embassy officials in Kabul refused to attend meetings at the presidential palace if Mohib was present.

In his earlier statement addressing the upcoming presidential polls, Pompeo said: “Afghan voters who risk their lives to participate in elections deserve to know the outcome accurately reflects the voters’ choice … We hold all candidates accountable to the code of conduct they signed.”