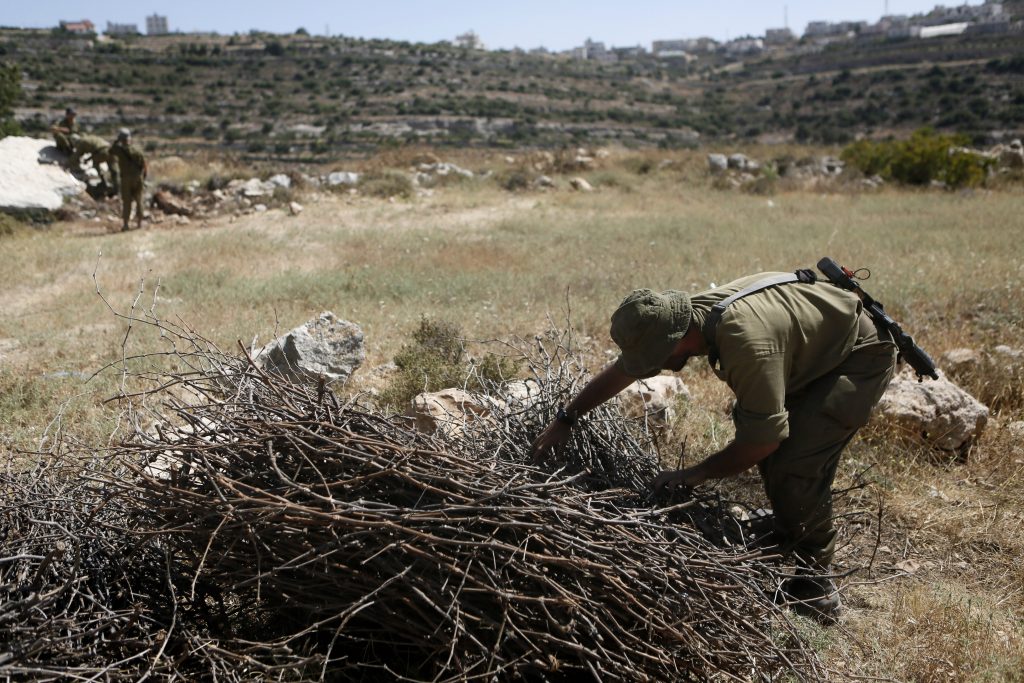 Hundreds of people traveled to daven at the kevarim of Amos Hanavi, Nossan Hanavi and Gad Hachozeh, overnight Wednesday. The kevarim are located in and around the Arab town of Halhoul, near Chevron. Hundreds of soldiers were on duty to ensure security. No security incidents were reported, baruch Hashem.

Halhoul is often the scene of rioting by Arabs, who hurl rocks and firebombs at IDF soldiers and Border Guards. Halhoul was most recently the site where the bodies of the three Israeli teens who were kidnapped in 2014 by Hamas terrorists – Naftali Frenkel (16), Gilad Sha’ar (16) and Eyal Yifrah (19), Hy”d – were found, setting off a chain of events that led to Operation Protective Edge.

An IDF spokesperson said Thursday that “last night there was entry into the kevarim of Amos Hanavi, Nosson Hanavi and Gad Hachozeh. The entry was done in an organized and secure manner, with full coordination by the relevant army and security resources. The entry to these sites takes place several times a year. Security forces were able to ensure that those who visited the sites were able to do so without interference.”